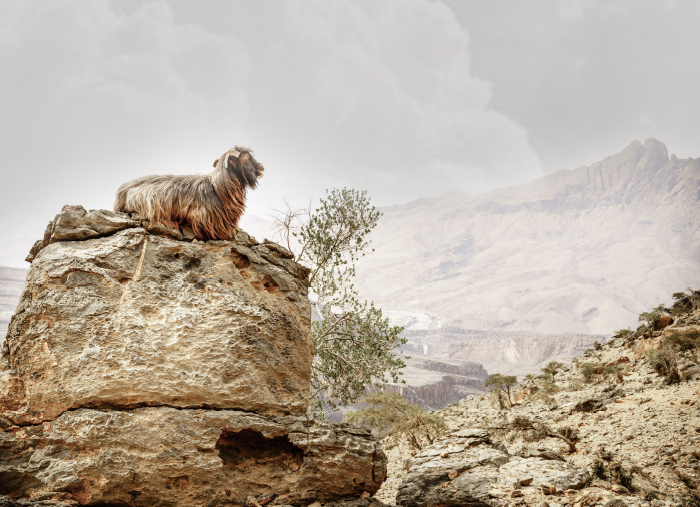 Approximately 45 kilometres away from Muscat, lies the Wadi Sireen Nature Reserve known for being an animal sanctuary. From the rare Arabian Tahr to gazelles, mules, wolves, birds, and rare wild animals, the  reserve is home to many animals. The Arabian Tahr with its short body, hooked horns along with a dark that extends along the back is known to be the most timid mammal.

These animals make their homes in tough habitats, on steep cliffs at high altitude, between 800 metres and 1,800 metres. They can survive long periods without drinking water and mainly feed on leaves, fruits, and seeds from a range of trees, shrubs, and grasses in the high mountains. The reserve borders three wilayats: Amerat, Quriyat, and Dima Wa Taeen and and the two entry points are tJebel Aswad “The Black Mountain” and Jebel Abyad “The White Mountain”.

According to Oman's Ministry of Tourism, "Its presence in the Arabian Peninsula is limited to the Sultanate of Oman, and is indigenous to Hajar Mountains. The Arabian Tahr is the smallest of its species in the world. It has a short body, hooked horns in both sexes, reddish-brown hair, as well as a dark line that extends along the back. The male Tahr has a long mane that covers its entire neck and continues to grow as the animal advances in age."