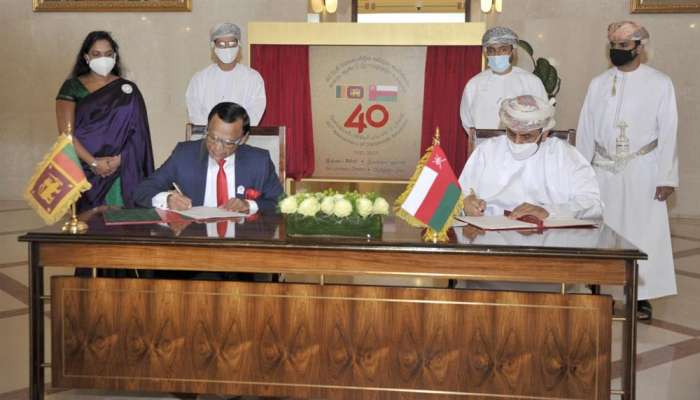 Muscat: The Foreign Ministry, in cooperation with the Sri Lankan Embassy in Muscat, held a ceremony on Wednesday marking the 40th anniversary of establishing diplomatic relations between the Sultanate and the Democratic Socialist Republic of Sri Lanka.

The ceremony was attended by Sheikh Khalifa Ali Al-Harthy, Undersecretary of the Foreign Ministry for Diplomatic Affairs and OL Ameer Ajwad,, Ambassador of Sri Lanka to the Sultanate.

An agreement on mutual exemption of visa for holders of diplomatic, special, service and official passports was signed during the ceremony.

Since establishing the diplomatic relations between the Sultanate and Sri Lanka in 1981, the two countries consolidated pillars of fruitful cooperation in various political, diplomatic, economic and cultural spheres. This cooperation was characterized by mutual respect.