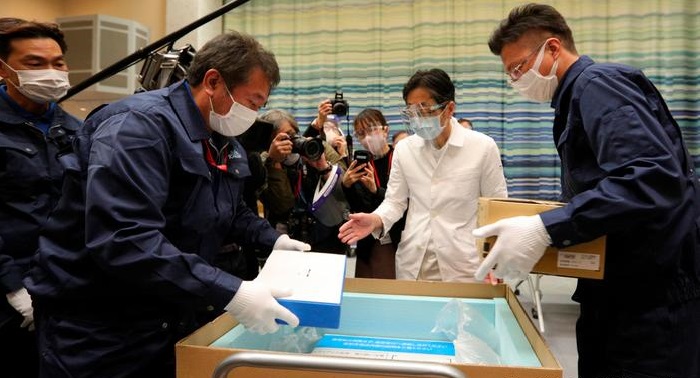 The rollout of a cautious vaccination program began in Japan on Wednesday, just over five months before the Tokyo 2020 Olympics.

While the country has started its vaccination program relatively late compared with the US and Europe, Japan has seen a much more limited outbreak.

What is the rollout plan?


Employees at the Tokyo Medical Center were among the first of about 40,000 medical professionals targeted to receive the first vaccine shipments.

Despite a recent rise in infection numbers, Japan has largely dodged the huge numbers of cases that have dogged other similarly developed economies.

Japan has only approved the BioNTech-Pfizer vaccine so far, with the approval process for Oxford-AstraZeneca's jab having only recently begun.

A contract has been signed with a third vaccine supplier, Moderna, which has yet to apply for approval.