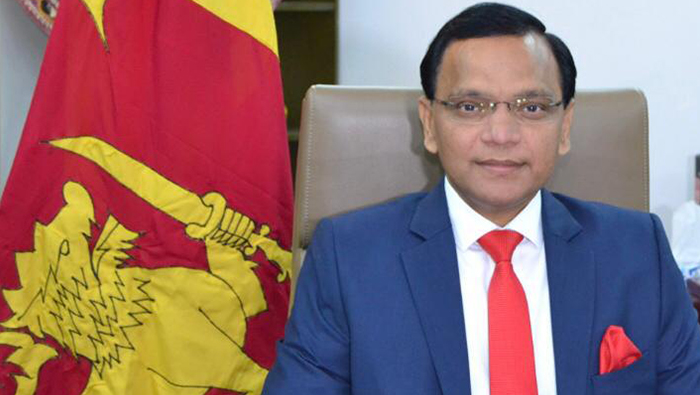 Muscat: Events honouring four decades of diplomatic ties between Sri Lanka and Oman will be held throughout the year, the ambassador of the island country has said.

Speaking ahead of the 40th anniversary of diplomatic relations, which falls of 17 February, OL Ameer Ajwad, the Sri Lankan  Ambasador, said a number of agreements are to be signed to make it easier for people in Oman to travel to and do business with Sri Lanka in the future.

“To commemorate this important occasion, a special event has been organised today at the Foreign Ministry of the Sultanate of Oman in Muscat to launch a commemorative logo,” he said.

“An agreement on the mutual exemption of visa requirements for holders of diplomatic, special, service and official passports will also be signed during the event coinciding with this special occasion.

“The Embassy of Sri Lanka in Muscat is organising a series of activities to commemorate this historic occasion throughout the year,” he added.

“The establishment of the Sri Lanka - Oman Parliamentary Friendship Association between the Parliament of Sri Lanka and the Shura Council of Oman paved the way for the exchange of high level visits between the two countries,” the ambassador said.

This visit paved the way to an official visit of a high level delegation from the Sultanate of Oman led by His Highness Sayyid Thuwainy bin Shihab Al Said, the Personal Representative of late His Majesty Sultan Qaboos bin Said bin Taimour, to Sri Lanka in 1997.

His Majesty Sultan Haitham Bin Tarik, in his then capacity as the Secretary General of the Ministry of Foreign Affairs of Oman, also visited Sri Lanka as a part of this high level delegation.

With the establishment of diplomatic relations in 1981 and the opening of resident diplomatic missions of Sri Lanka and Oman in Muscat and Colombo in 1987 and 2013 respectively, the bilateral relations between the two countries continue to thrive and achieve significant milestones over the past four decades.

“As nations sharing the Indian Ocean, Sri Lanka and Oman are well poised for greater connectivity and deeper economic engagement,” he added.

“Given the bilateral relations between the two countries have diversified to encompass a wide range of areas for cooperation over the last four decades and the two nations have now embarked on an economic diversification drive, the time is ripe for both countries to focus on the enhancement of economic cooperation and partnership in the years ahead for the mutual benefits of both the people.”
The ambassador took this opportunity to pay tribute to all who have extended their invaluable contribution in promoting bilateral relations between Sri Lanka and the Sultanate of Oman over the past decades for the mutual benefits of both peoples.

“I am confident that the growing bilateral relations underpinned by a long-standing bonds of friendship and cooperation that so happily exist between Sri Lanka and Oman over the decades, will continue to flourish in the years ahead,” he explained.

“On this propitious occasion, I wish to extend my best wishes to His Majesty Sultan Haitham Bin Tarik for the good health, happiness and personal well-being, as well as for the continued progress and prosperity of the friendly people of the Sultanate of Oman,” he said.