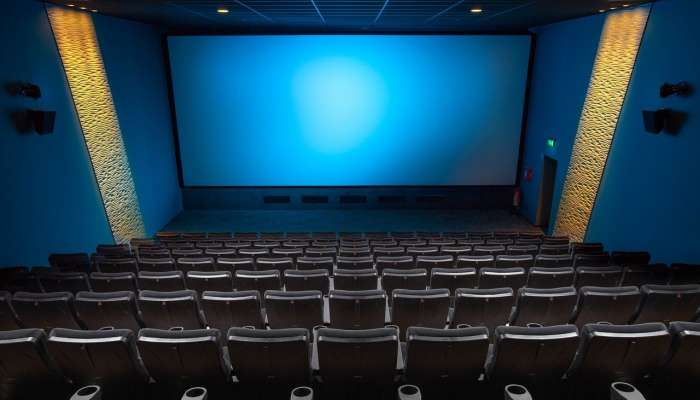 Muscat: ‘Resilience’ directed by Tessa Susan Philip and Abdul Afnan Ashraf from Indian School Muscat won the top honour of the best short film award at the closing ceremony of the second edition of Indian School Film Festival organised by Indian School Sur under the aegis of the Board of Directors, Indian Schools in Oman on 6th February 2021. The film also bagged the coveted popular movie of the viewer’s choice, Best Screenplay, Best Actor, Best Cinematography awards.

The students of Care and Special Education won the Award for the Best Documentary film. The Jury appreciated the stupendous presentation of the theme with meaningful interviews, which brought laurels to the students and the Team CSE for their outstanding skills in weaving together numerous nuances of film-making. There were eight documentaries for the fray; they were included to mark the 50th glorious National Day of Oman, and were themed on Indo-Oman relationship.

Award-winning movie director and actor R Shyama Prasad was the chief guest of the valedictory function which was presided over by Dr. Baby Sam Saamuel, Chairman, Board of Directors. Film Director and Actor. Arun Chidambaram, Popular Mollywood actress Mallika Sukumaran, were the guests of honour. Anuj Swarup, Second Secretary- Political, Education & Information, Embassy of India and Ajit Panicker, Director in Charge of Indian School Sur, Board of Directors were the special guests at the ceremony.

Addressing the online audience, Shyama Prasad said, “With the tremendous demystification of the film media, it’s now easily accessible to people; hence one should be responsible and be concerned about the message being conveyed through this powerful media”.

The festival began with the virtual hoisting of Indian School Film Festival Flag, followed by prayer and lighting of the virtual lamp.

The entire programme was retrospective of the colourful journey of cinema’s evolution, highlighting the different stages of the historical transformation from early inceptions till the present world of digital cinema.

Dr. Baby Sam Saamuel, Chairman Board of Directors, said, “Films enable us to understand the world around us and help to change our work, it also enables us to act as a medium to create and drive social changes”.

In his felicitation address, Director Arun Chidambaram said, “It is wonderful to have film making as a part of the curriculum in school.  Students should be able to design their profession and follow their passion’. Actress Mallika Sukumaran expressed her happiness to be a part of the film festival and conveyed her wishes to the students and the schools. The trainers and Jury of the festival also expressed their excitement to be a part of ISFF 2020.

The movie ‘Sanguine’ by Indian School Darsait won the Best Direction & Best Dialogue titles among the other competition categories.

Thirty-nine short films and eight documentaries from 17 Indian Schools were selected to compete in the festival. The YouTube premier of all the short films was held on 3rd, 4th and 5th February 2021. Apart from competition category, the audience were encouraged to watch and vote for their favourite movie to select the most popular movie of the festival.

The Principal of the Indian School Sur, Dr. S. Srinivasan briefed the audience on the highlights of ISFF 2020. Mr.Jami Srinivasa Rao, the Chairman, Cultural Sub-Committee of the School Management delivered the welcome address and Mr Mohammed Ameen, the President of the School Management Committee conveyed the vote of thanks. The webcast of the virtual celebration is available on the YouTube channel of Indian School Sur.