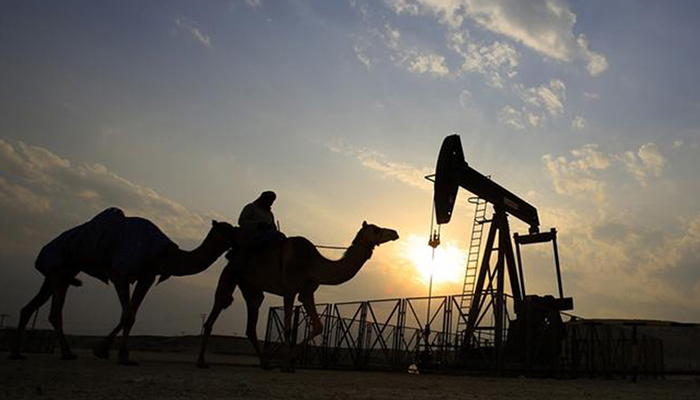 Oil prices are having a dream run as traders bet on vaccine rollouts, boosting fuel demand as economies reopen.

Benchmark crude contract Brent North Sea is trading at a year high of $61 (€53.1) a barrel, having soared over 60 per cent since the emergence of successful coronavirus vaccines in November. West Texas Intermediate (WTI) futures, the US benchmark, has risen to $58 a barrel.

The increase in oil prices, however, could give Saudi Arabia, the de facto leader of the Organization of the Petroleum Exporting Countries (OPEC), a new headache; some of its fellow oil producers, which have been complying with pledged output cuts in keeping with a deal to stabilise oil markets, might now be tempted to go rogue.

"OPEC+ producers are anxious to ramp up production and higher oil prices will ultimately lead to massive cheating on production commitments," Edward Moya, senior market analyst at OANDA trading group, told DW. "For OPEC+ members, it is all about market share and if demand improves along with prices, we will see compliance go out the window."

Poor compliance has beset OPEC+ — an alliance between the oil cartel members and a handful of Russia-led producers — since its inception in 2016.

But when last year's COVID-19 travel restrictions and sweeping lockdowns battered oil demand and caused oil prices to crash, even trading below $0 a barrel in the US in April amid a severe shortage of storage space, oil producers didn't have much incentive to overproduce.

OPEC+ has claimed that there was close to full compliance with oil production cuts between May and December under the terms of its current deal, with even the so-called laggards receiving an impressive report card. Saudi Arabia has been strict in ensuring compliance, even calling on those breaching targets to compensate in the following months.

The alliance agreed to the biggest coordinated cuts on record — 9.7 million barrels of oil per day (bpd), or 10 per cent of total global supply — in April last year when the COVID-19 pandemic brought the global economy to a screeching halt. That figure has gradually decreased to 7.2 million bpd amid recovering fuel demand.

In December the grouping committed to gradually bring back no more than 500,000 bpd every month. The increase in production was put on hold for February and March as many countries imposed new coronavirus lockdowns. Saudi Arabia volunteered to cut its production by an extra 1 million bpd in the two months as part of the deal.

With oil prices breaching the $60 a barrel mark and crude stockpiles falling, Russia and some other OPEC+ members are calling for a faster ramping up of production than was agreed in December, reigniting tensions with Saudi Arabia. The group will meet on March 4 to discuss the production target for April.

"I do think that this meeting is going to be more difficult for Riyadh to argue for restraint, even though from a balanced perspective they [OPEC+] should restrain. So, make no mistake about that," Eugene Lindell from Vienna-based JBC Energy told DW. "The demand has not come back. So, the price is in a way artificially high. It's gotten ahead of itself. It's pricing more on future expectations than on current fundamentals."

Russia's shale worries
Russia, among the world's top three oil producers, has been calling on OPEC+ to ramp up production under pressure from its own producers, which are looking to cash in on the price rise.

Moscow, whose budget is more resilient to low oil prices than most major oil producers, is also worried that the recent increase in oil prices could lead to US shale players making a comeback after taking a battering during the pandemic, leading to further erosion in its market share.

Rystad Energy estimates that if WTI stays in the $50-55 per barrel range, then at least 300,000 bpd in oil production will be added by US shale companies by year-end 2021.
Moscow has already been receiving favourable conditions within OPEC+. It was allowed to produce an extra 65,000 bpd in February and March even as others, barring Kazakhstan, were told to hold output steady. It is under compliance with pledged output cuts have also largely been ignored by Riyadh.

"As the oil price ticks up, they [Moscow and Riyadh] actually each have less leverage on one another. In a high market oil price environment, the two countries become less dependent on one another for market regulation," Rystad Energy oil markets analyst Louise Dickson told DW. "In a $60 per barrel world, Saudi's threat of releasing more than 1+ million bpd of spare capacity onto the market becomes less of a threat. At the same time, as prices tick higher, Russia's participation in the deal also becomes less crucial."