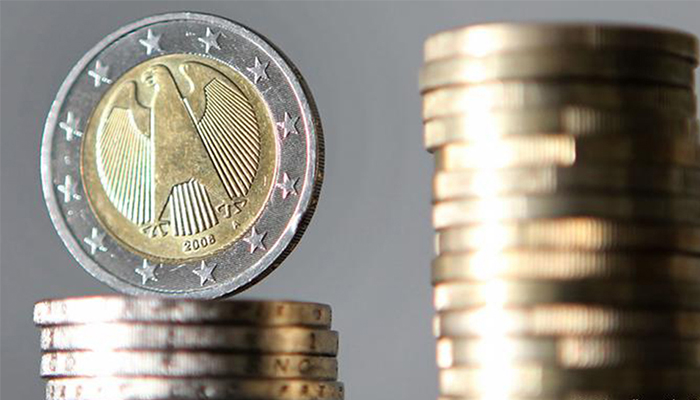 The European Commission announced their cautiously optimistic interim economic forecasts on Thursday, predicting a return to pre-pandemic levels by 2022.

The forecasts predicted that GDP growth in the eurozone would reach 3.8 per cent in 2021 and 3.7 per cent for the entire group of 27 member states — including those countries not using the euro.

The eurozone saw a 6.3 per cent drop in GDP in 2020 when countries across the bloc responded to the coronavirus pandemic with a series of lockdowns that hit the economy hard.

The predictions were made on the assumption that lockdown restrictions would stay in place for the first half of the year while the most vulnerable people get vaccinated, but with a gradual easing from the end of spring.

What did the European Commission say?
Commission Vice-President Valdis Dombrovskis said that the forecast "provides real hope at a time of great uncertainty for us all. The solid expected pick-up of growth in the second half of this year shows very clearly that we are turning the corner in overcoming this crisis.''

But he also warned that "a strong European response will be crucial to tackle issues such as job losses, a weakened corporate sector and rising inequalities. We will still have a great deal to do to contain the wider socio-economic fallout.''

EU lawmakers passed an economic stimulus bill on Wednesday that promised loans and grants worth €672.5 billion ($815 billion), with a focus on environmental and digital transformation schemes. The recovery package had not been taken into account for the forecasts.

How reliable are the predictions?
The predictions brought some good news, but also represented a reduction in growth forecasts made in November when the Commission had hoped for 4.8 per cent growth in 2021.

Germany saw its own forecast slashed to 3.2 per cent, although with boosted growth expected in 2022. Italy also saw its growth estimates for this year massively reduced from 4.1 per cent to just 3.4 per cent.

The EU warned that the predictions were not set in stone and could be knocked back if the new coronavirus variants become more widespread leading to delayed easing of restrictions.

The EU rules restricting countries from racking up high debts and deficits have been suspended during the pandemic to allow governments to increase spending in an attempt to keep their economies afloat during nationwide lockdowns.