Childhood goes up in smoke for Indonesian tobacco farm workers 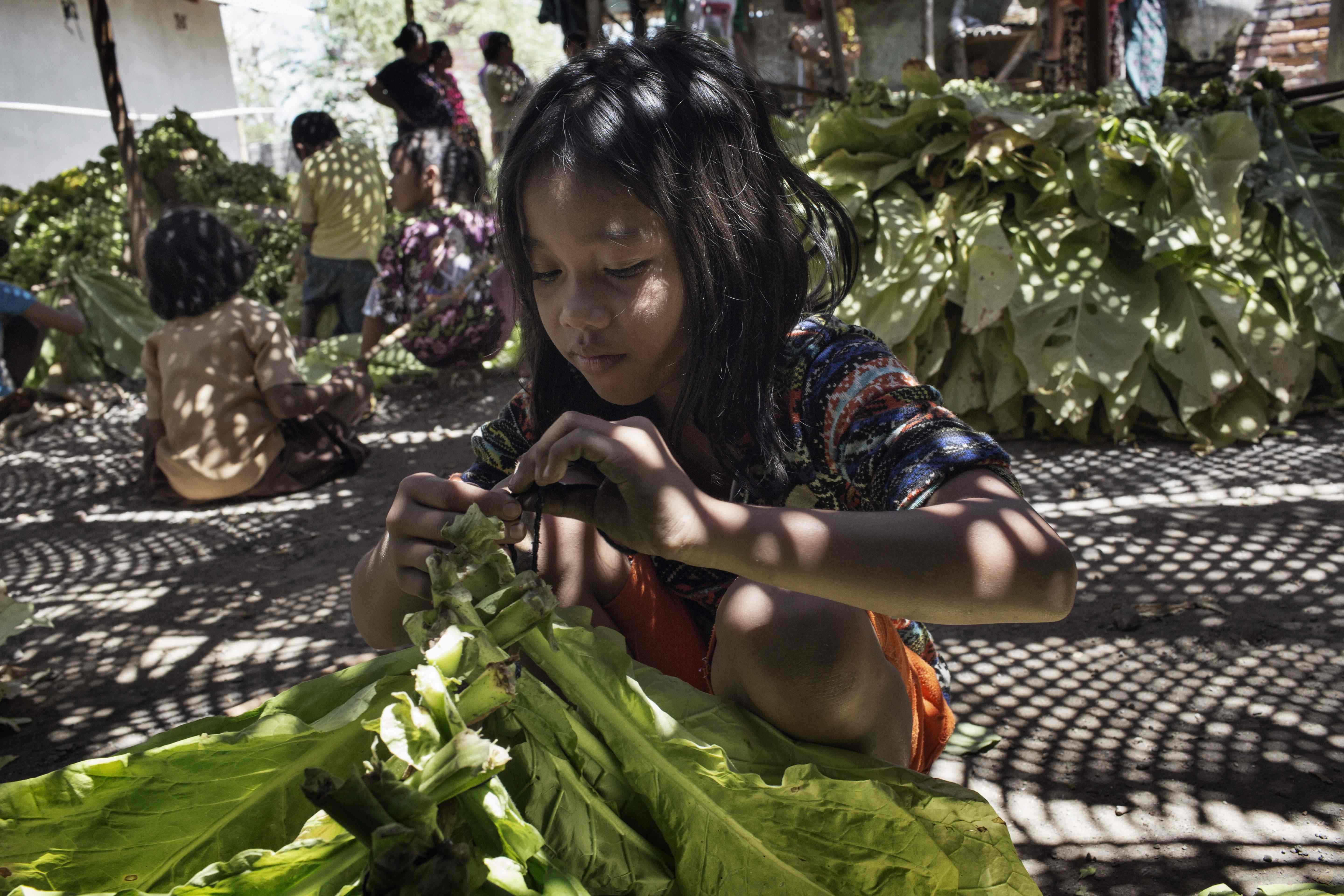 Probolinggo ( Indonesia): Thirteen-year-old Siti Maryam says she suffers headaches and nausea after harvesting tobacco leaves with her bare hands during four years of working on her family's farm in Indonesia. Maryam, who is among the thousands of children a rights group says work in hazardous conditions on farms in the world's fifth-biggest producer of tobacco, spoke to Reuters in a field near the east Java city of Probolinggo. "I feel dizzy, get headaches and feel like vomiting," said Maryam, listing symptoms that match a condition experts call acute nicotine poisoning, or "green tobacco sickness".
Indonesia is one of the world's fastest-growing markets for tobacco products, with about $16 billion of cigarettes sold last year in the country of 250 million, an increase of 13 per cent from 2014, says market research firm Euromonitor International.
But a lack of information leaves families oblivious to the risks their children face while working on tobacco farms, said Margaret Wurth, a researcher for New York-based Human Rights Watch. Several big companies lack procedures to screen out tobacco that involves the effort of children working in hazardous conditions, the group said in a report on Wednesday.
"As a result, these companies risk contributing to the use of, and benefiting from, hazardous child labour," it added. The group interviewed 227 people, among them 132 children aged between 8 and 17, who said they worked on tobacco farms in four Indonesian provinces. But the report risks generalising the whole of Indonesia and some children do work in non-hazardous conditions on tobacco farms, the chairman of the Indonesian tobacco farmers' association, Soeseno, said.
"The root of the problem is poverty in certain small villages," he said. Parents getting children to help is in line with cultural norms in some areas, Soeseno, who goes by one name, like many Indonesians, said by telephone. Customers do not normally ask whether child labour is involved, said Suradi, a trader who buys tobacco from farmers in Probolinggo for resale.
"When I send the tobacco to the storehouse it only depends on the quality," he said.
Human Rights Watch said it contacted some of the biggest companies operating in Indonesia, such as Philip Morris International Inc, Djarum Group and PT Gudang Garam Tbk . Philip Morris welcomed the report, sustainability officer Miguel Coleta said, adding that the company sourced almost 70 per cent of its tobacco through direct contracts with Indonesian farmers, versus about 10 per cent four years ago.
But change requires many stakeholders to cooperate, including the Indonesian government, he added.
"We are talking about a massive market, millions of people," Coleta said in an interview. "It's not something easy to reform overnight." Indonesian tobacco firms Djarum and Gudang Garam did not respond to Reuters' requests for comment. In the tobacco field in Probolinggo, a dozen children helped to sow seeds, earning about 10,000 to 15,000 rupiah ($0.73 to $1.10) for working seven hours a day. "I work here just to help my parents and help to fulfill our needs," said 15-year-old Waradatul Yaumi.