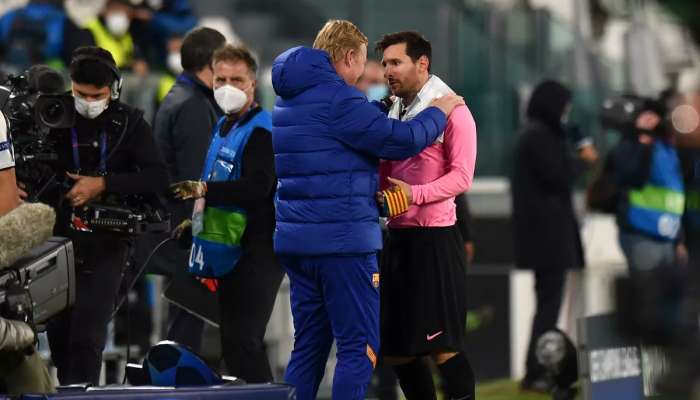 Messi's contract with Barcelona is set to expire at the end of this ongoing season and as per reports, PSG is keenly looking to sign on the Argentine striker. "It seems to me, a lack of respect. Someone can be wrong in saying something like that. It is not fair, I do not think it is respectful towards Barca to speak like that of a player who is ours. So many people from PSG talk a lot about Leo, who plays for Barca," Goal.com quoted Koeman as saying.

Earlier, Di Maria had said that he hopes of seeing Messi join him at PSG for the next season.

"Yes, yes, I hope so. There are many possibilities. We have to be calm and things will develop," Di Maria told Canal Plus, as reported by goal.com.

Last year, Messi and Barcelona had a public fallout after the Argentine striker said that he wants to leave the Spanish club. In the end, Messi decided to stay with Barcelona one more season, but not before giving the reason, that he did want to take the club to court.

Barcelona defeated Granada 5-3 in the quarterfinals of Copa del Rey on Wednesday.

Koeman's Barcelona is currently placed at the second spot in La Liga standings with 40 points from 20 matches. The side is 10 points behind table-toppers Atletico Madrid.

Barcelona will next square off against Real Betis in La Liga on Sunday.