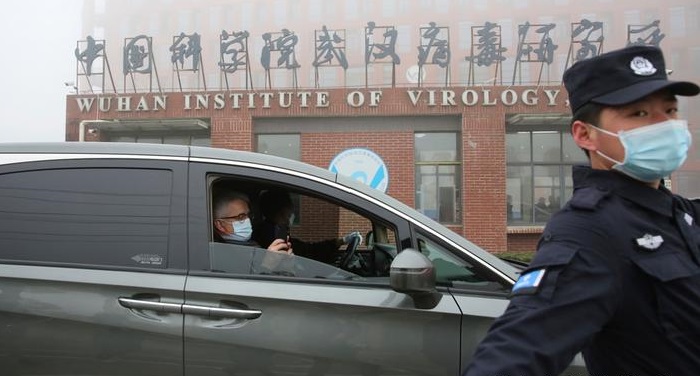 Wuhan: The team of experts from the World Health Organization (WHO) visited the Wuhan Institute of Virology on Wednesday, as part of their mission to investigate the origins of COVID-19, local media reported.

The WHO team visited the P4 lab inside the Wuhan Institute of Virology, the state-owned Global Times reported. The team of WHO experts arrived in Wuhan on January 14 to investigate the origins of COVID-19, as the world's first cluster of infected patients were detected in the city in December 2019. The WHO team only began fieldwork last week, after completing two weeks of quarantine upon arrival.

The team has visited local hospitals where the first wave of COVID-19 patients was treated and a local market that was believed to be associated with the first cluster of infected patients.

The Wuhan Institute of Virology became a focal point of the WHO team's mission in China after a number of conspiracy theories suggested that the new coronavirus, known as SARS-CoV-2, may have leaked from the secretive lab where thousands of coronavirus samples were collected and stored.

One of the popular conspiracy theories suggested that SARS-CoV-2 may have been accidentally leaked from Shi's lab. But Shi made several public statements denying such allegations.

In a research report released last week, Dr Steven Quay, who used to be on the faculty of Stanford University School of Medicine, suggested that there was a 99.8 per cent possibility that SARS-CoV-2 came from a laboratory and only a 0.2 per cent likelihood that it came from nature.

"Like many others, I am concerned about what appear to be significant conflicts of interest between members of the WHO team and scientists and doctors in China and how much this will impede an unbiased examination of the origin of SARS-CoV-2," said Dr. Quay.

Chinese authorities have consistently denied such allegations of a possible lab leak and began to spread alternative theories that SARS-CoV-2 may have originated from other countries.

Chinese Foreign Ministry Spokesman Wang Wenbin suggested on Tuesday that the US government should also invite WHO experts to investigate the possibility of SARS-CoV-2 originating from the United States.