'Everyone was ruthless': Solskjaer as United thrash Southampton 9-0 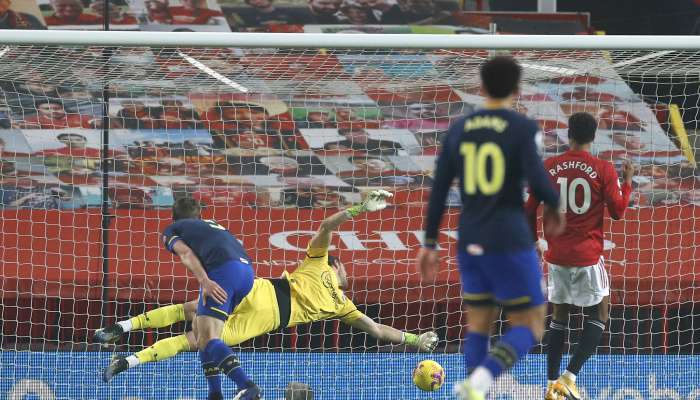 Manchester: After registering a comprehensive 9-0 win over Southampton in the Premier League, Manchester United coach Ole Gunnar Solskjaer hailed the ruthless aggression displayed by his side.

With this win, United consolidated its position at the second spot in Premier League standings and the side is now tied with top-placed Manchester City. Both teams now have 44 points. As a result of the 9-0 win, United equalled the feat for largest margin of victory in the Premier League. United had earlier set the record in 1995 with a 9-0 win over Ipswich Town. Leicester City equalled the record in October 2019 after beating Southampton by the same margin.

"They were ruthless, they drove it on. Harry Maguire, Victor Lindelof, David de Gea, Scott played it quickly into their half. They wanted it more and more. When you play football you have to make the most of it. [They] played like it could have been their last game so very pleased with everyone," Goal.com quoted Solskjaer as saying.

"What I liked about it was the hunger and attitude to do the right things, get better, practice good habits, that's the only way to get better. You can see loads of things we are working on. We want to be a bit unpredictable. The players did that excellently, freedom and imagination, played down the sides, it was positive and something we can look at," he added.

Southampton got off to the worst possible start as Alexandre Jankewitz was shown a straight red card for a nasty challenge on Scott McTominay.

In the first half, Aaron Wan-Bissaka, Marcus Rashford, Edinson Cavani and Jan Bednarek's own goal made it 4-0. United did not let the momentum drop in the second half as the final 45 minutes saw five more goals being scored to hand the side a marvellous victory.

"Sometimes when you play 10 they sit behind and defend well. We switched it from side to side, got in behind, some good movements - we played it the way we had to," said Solskjaer.

United will next square off against Everton in the Premier League on Saturday.