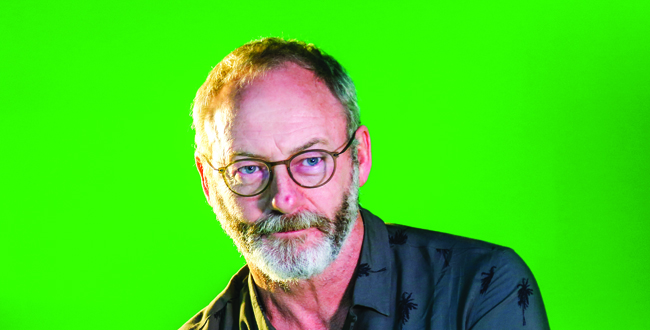 Muscat: “I am astonished to see the diverse beauty of Oman. We need such places as locations for films,” said Liam Cunningham, the Irish award-winning actor and Game of Thrones star, after jetting into Oman yesterday.
Cunningham, who is in Oman for location scouting, noted, “My plan is to get international film makers to come here. I have seen it with my own eyes. Being here has enabled me to get a real feel of what Oman has to offer the international film-making community, which is looking for new locations and production partners. Now is the time for Oman to be involved. Fortune favours the brave.”
Cunningham has appeared in films, such as Clash of the Titans, Hunger, First Knight and Jude, and television series, including Outcasts, Camelot and Northanger Abbey.
In Game of Thrones, Cunningham played the role of Davos Seaworth. He became a starring cast member for the second through sixth seasons.
Meanwhile, officials from Brand Infiniti, a production company which has arranged Liam’s visit, said that they are working to introduce Oman to the international film industry.
“Oman has it all. We have the most fantastic locations in the Middle East. Soon, we will be able to introduce international film making in Oman,” Khalid Said Salem Al Wahaibi, from Brand Infiniti, said.
Brand added that Omanis will have opportunities to be part of the international film industry in Oman. “We are going to open a new world of opportunities. If international movie makers will come to Oman, it will not only bring in revenue, but also opportunities,” said Khalid.