Focus on quality medicare for all in Oman's 10th 5-Year Plan: Saidi 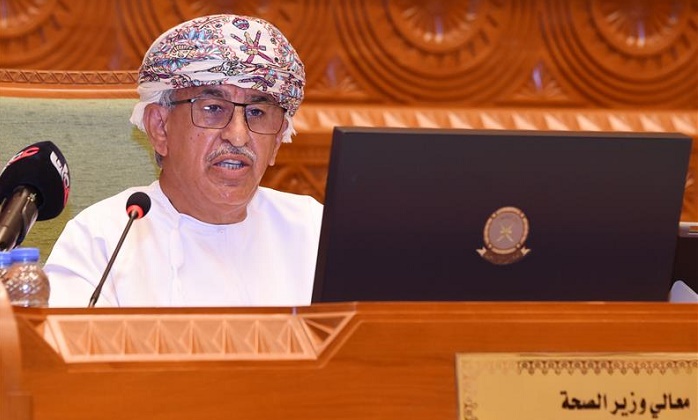 Muscat: More rapid-response emergency services, advanced life-saving surgical procedures, and better quality of care to patients are some of the key initiatives of the Ministry of Health’s 10th Five-Year Plan.

Under the plan, a number of new projects and expanded programmes are to be implemented, although they are dependent on the state’s economic status.

“The Ministry of Health increased the number of accident and emergency units to four,” said Dr Ahmed bin Mohammed Al Saidi, the Minister of Health.

“Steps are underway to set up accident and emergency units at the hospitals of Izki and Yanqul. The ministry is interested in high-tech surgeries to help save people’s lives,” he added.

“The number of cardiovascular surgeries reached 1,190 in 2019, and 22 kidney transplant surgeries have been performed since 2016.”

“There has been a clear growth in the quality of care provided to patients in healthcare institutions,” the minister said. 118,000 surgeries were performed in ministry hospitals in 2019, compared to 110,000 in 2016.

Speaking during the second annual sitting of the sixth term of the Majlis Al Shura, the minister added that the Omanisation rate across medical and paramedical posts stands at 72 per cent. There are more than 39,400 people employed by the Ministry of Health.

At the end of 2019, there were 261 healthcare establishments in the country, with 5,049 beds for patients. 22 of these are polyclinics and 189 are health centres.

This is in addition to 27 private ho spitals and 1,254 health establishments operating without pharmacies.

The Ministry of Health has four referral hospitals offering tertiary healthcare to the Sultanate’s population. They are the Royal Hospital, Khoula Hospital, Al Nahda Hospital and Al Masarra Hospital, which have 1,639 beds, with occupancy standing at 70.7 per cent.

The nine referral hospitals in Muscat Governorate have 23,178 beds, with occupancy standing at 56.2 per cent.

Sohar Hospital has the highest occupancy rate in the Sultanate (79.6 per cent).

The minister cautioned that despite all the efforts exerted by the Ministry of Health to keep the situation under control, within the constraints posed by economic conditions in the country since 2015, there are still some serious challenges facing the development of healthcare in the Sultanate. The challenges include limited financial resources and the shortage of human capital, among other problems, he affirmed.

“The Ministry of Health is currently setting up plans to establish an integrated centre for the treatment and rehabilitation of patients suffering from addiction, in Muscat Governorate,” said Al Saidi. “It is expected to be completed at the end of 2023,” added the minister.

He added, “The need for health services is steadily increasing, which imposed additional burdens on healthcare resources. There is the necessity of an additional programme to train nationals in the field of public health and epidemiology to support the existing healthcare system with a generation of Omanis who are capable of dealing with the latest developments in this field.”