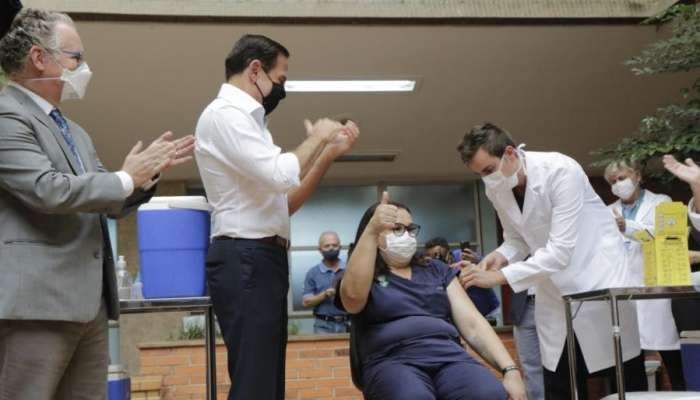 The initial plan was to begin nationwide vaccination on Wednesday, but the date was moved up in response to the request of state governors, said Pazuello.

"The governors asked that as soon as (the vaccines) arrive in the states, they have the freedom to begin vaccination," Pazuello said.

As of Monday afternoon, all states were expected to have received their doses of the CoronaVac vaccine developed by Chinese laboratory Sinovac in collaboration with the Butantan Institute of Sao Paulo.

Brazil's Health Regulatory Agency (Anvisa) on Sunday authorized the emergency use of the CoronaVac vaccine, as well as the AstraZeneca-University of Oxford vaccine against COVID-19.