Popcorn Day: A crunch we all love 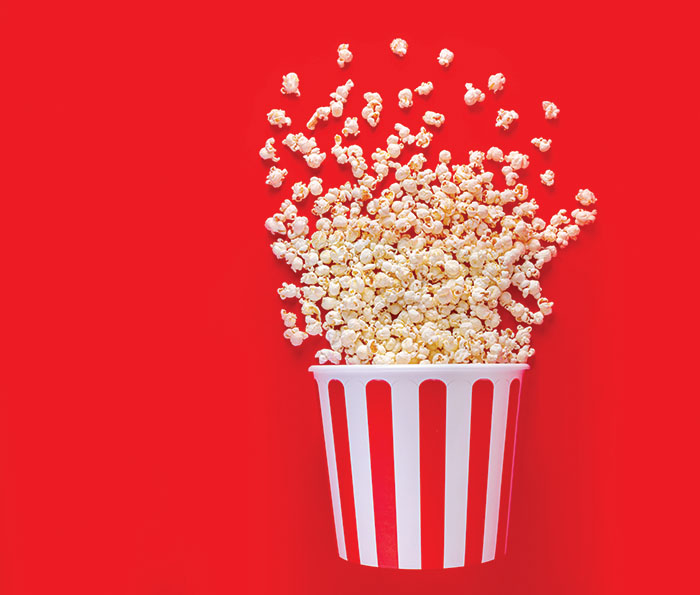 If you are a popcorn aficionado then January 19 is certainly your day. It's the day to celebrate your favourite snack, and though the origin of this day is not known exactly but most believe that it started because of the Super Bowl. After all, nothing can be more gratifying than watching the Super Bowl with a big bucket of your favourite popcorn. Be it in the form of a simple salted one or the ones that are caramelized, buttered or tossed with nuts and chocolate, this is undoubtedly a crunch that we all love to enjoy.

But do you know who invented popcorn? In the 16th century, the Aztecs used popcorn in headdresses. Later popcorn started becoming popular in the United States in the middle 1800s. Charles Cretors, a candy-store owner, developed a machine for popping corn with steam. By 1900 he had horse-drawn popcorn wagons going through the streets of Chicago. In 1948, Herbert Dick and Earle Smith discovered small heads of corn and individually popped kernels deep in a dry cave known as the "Bat Cave."

Over the years the love for popcorn has grown manifolds and this street snack has made a place in our hearts so much that we cannot imagine going to the movie theatres without getting a box of buttered popcorn. Our eyes cannot feast on the big screens till we feast our taste buds with these crunchy bites. But why did popcorn become the quintessential movie snack?

According to Andrew F. Smith, author of Popped Culture: A Social History of Popcorn in America this was because it was a cheap snack and convenient too. As mentioned in the Britannica, "Popcorn does not refer to the popped kernel alone. It’s also the name for the specific type of corn that is used to make the snack. It was originally grown in Central America and became popular in the U.S. in the mid-1800s.

"Compared with other snacks at the time, it was super easy to make, and it got easier in 1885 when the mobile steam-powered popcorn maker was invented. What hit the streets in the late 19th century was a fleet of independent popcorn purveyors. They were like the great-great-grandfathers of food trucks."

In the US, Popcorn Day is celebrated by enjoying this snack or even by making popcorn necklaces. And for those of us in Oman, we too can celebrate popcorn in our own special way. David Gerrold, an American science fiction screenwriter and novelist rightly sums up our popcorn love.

"Of course life is bizarre, the more bizarre it gets, the more interesting it is. The only way to approach it is to make yourself some popcorn and enjoy the show."