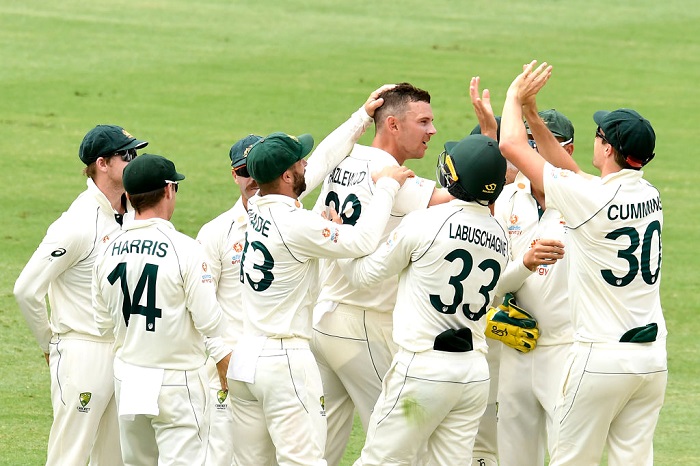 Brisbane: The ongoing Test series between Australia and India has been nothing short of a thriller. And the climax looks set to give a Hollywood movie a run for its money. The visitors need 324 runs on the final day with 10 wickets in the bag at Australia's fortress -The Gabba.

A win will see the 'injury-ravaged' Indians register back-to-back series wins on Australian soil and a draw will see them retain the Border-Gavaskar Trophy against all odds. But the pitch isn't getting any better at The Gabba and with the odd ball misbehaving after hitting the cracks, the Indian batsmen need to ensure that they keep the scoreboard moving at every given opportunity. Buying time in the middle might not be the best idea as there will be unplayable deliveries every now and then which will have a batsman's name on it.

With rain playing spoilsport, the Indian openers Rohit Sharma and Shubman Gill could face just 1.5 overs on the fourth evening before the umpires decided to call for early stumps. With Rohit unbeaten on 4 off 6 balls and Gill yet to score from the five balls he has faced, it will all be about starting afresh for the visitors on the final morning.

Earlier, it was poetic justice that Mohammed Siraj picked his maiden fifer as India dismissed Australia for 294 in their second innings - a target of 328. The hosts began the third session on 243/7 with Pat Cummins and Mitchell Starc at the crease. But the Indians did not take much time to get the first breakthrough of the session as Siraj dismissed Starc (1), bringing Nathan Lyon to the crease.

While Cummins (unbeaten on 28) and Lyon (13) did trouble the Indian bowling a bit, it was a decent enough performance from the Indian pacers to pick the last three wickets for 52 runs. While Siraj finished with figures of 5/73, Shardul Thakur picked four wickets and Washington Sundar picked one.

The first two sessions saw both teams looking to grab advantage and while certain periods were dominated by the likes of Steve Smith (55) and Cameron Green (37), the Indian bowlers also kept putting in their 100 per cent as they looked to attack and dismiss the Australian batsmen rather than waiting for them to make mistakes.

While Smith and Green added 73 important runs, skipper Tim Paine and Green then stitched a brief 31-run partnership before Shardul removed the all-rounder in the 61st over. The innings saw another crucial partnership between Cummins and Lyon that fetched the hosts 27 runs.