Man United stay atop after goalless draw against Liverpool 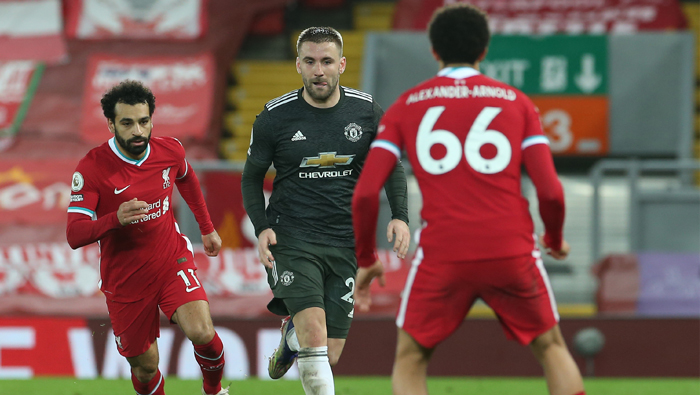 With this draw, Manchester United now have 37 points at the top while Liverpool have slipped to the fourth position with 34 points as Manchester City jumped to second after a win over Crystal Palace. Liverpool enjoyed much of the first-half possession and created several chances. Liverpool went closest to breaking the deadlock via Roberto Firmino in the first half, but the Brazilian struck straight into the arms of David de Gea after the ball had deflected into his path.

Manchester United could have won it late on; however, Alisson Becker produced a fine block to keep out Paul Pogba's close-range effort, ensuring the points were shared.

Also, Manchester United are now unbeaten in 16 away matches in the Premier League - winning 12 and drawing four - a run that will stretch more than a calendar year as their last loss came at Anfield, in January 2020.

After being held to a goalless draw by Manchester United, Liverpool manager Jurgen Klopp said his side produced a "good enough" performance to win the game but they were restricted to a draw because they could not score goals.

"We have a point more than before the game. I think the performance was good enough to win it but to win a game you have to score goals and we didn't do that. That's why we have that result and it's absolutely OK," the club's official website quoted Klopp as saying. With this draw, Manchester United now have 37 points at the top of the Premier League table while Liverpool have slipped to the fourth position with 34 points as Manchester City jumped to second after a win over Crystal Palace.

It was Liverpool's third consecutive Premier League game where they failed to score a goal. Klopp said they are a really good football team and he will help the players as much as he can.

"I saw my team playing tonight and I saw a really good football team with a clear idea, with super passes, great counter-press and great desire to score - but we didn't score. We will create chances and we will score, but I know, now we face Burnley on Thursday and they are not famous for conceding an awful lot of goals," he said.

"Then a few days later we play again against United and they obviously defend with all they have. It is not that we just decide from now on we want to score again and now we will do it, but I see the boys really in the situation and I will help as much as I can so that we change it as quickly as possible," Klopp added.