We've to take it on the chin and react: Lampard after Man City defeat 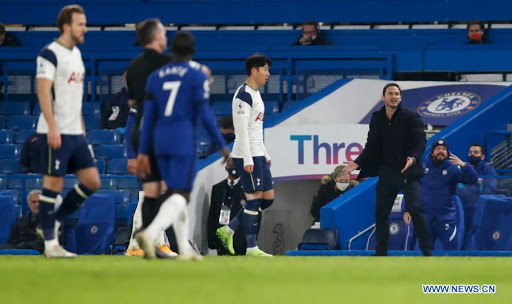 London: After losing to Manchester City, Chelsea manager Frank Lampard said they allowed their opponents to take control of the game and stressed that his side should "take it on the chin and react" properly in the coming game. Chelsea were beaten by Manchester City 3-1 in the Premier League here on Sunday.

"From 15 minutes onwards we allowed City to take control of the game, find spaces between the lines, and play with the quality of player they have. The two goals came in quick succession and you have to continue believing and keep going, and for the rest of the half the players found that difficult because of the levels City were playing at with and without the ball," the club's official website quoted Lampard as saying. "I said to the players at half-time, I sat there and had those days. I sat there and had those days and lifted a trophy at the end of the year. I remember getting beaten at Middlesbrough 2-0 or 3-0, when they had Viduka and Yakubu up front, and we were sat in the dressing room pretty demoralised. We bounced back because we had a spirit in the dressing room, we had a quality of player. We're in a different period now, but any player in football is going to have moments like that... I don't want to hide away from that, but the players, myself, have to take it on the chin and react," he added.

Three quick goals from Manchester City in the first half did the damage. Ilkay Gundogan's opener in the 18th minute was followed by Phil Foden and Kevin De Bruyne's strikes which came in the 21st and 34th minute respectively.

Chelsea's only goal was netted by Callum Hudson-Odoi in the 90+2nd minute. Lampard's team is currently placed in the eighth spot on the Premier League standings with 26 points.

The club will now take on Morecambe in the FA Cup on January 10.