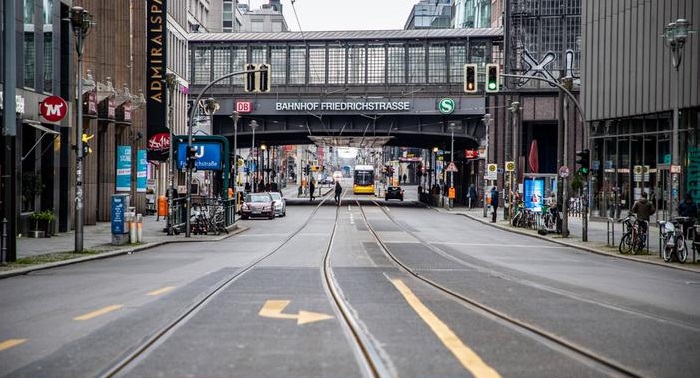 The German government and the 16 federal states have agreed to extend the lockdown until January 31 to curb the spread of the coronavirus pandemic, a German newspaper reported on Monday without citing a source.

The 16 state premiers and Chancellor Angela Merkel are set to meet on Tuesday to discuss the current lockdown.

Tight restrictions, in place since December 16, 2020 are due to end on January 10. But they have had little effect. Last week, Germany reported a record number of daily deaths, over 1,000, as well as ballooning infection rates.


State premiers reportedly agreed that the current lockdown should be extended during a video conference on Saturday, according to reports in Germany's Frankfurter Allgemeine newspaper.

But they were said to be split on the length of the extension. Premiers of the hardest-hit states were allegedly arguing for a three-weeks, while premiers of less-impacted states maintained a two week extension was long enough.


The current lockdown has seen nonessential shops, beauty salons and cultural and nightlife venues shut; school holidays extended and private meet-ups limited. But this has had little impact on curbing infection rates.

The seven-day incidence, which measures how many people have been infected per 100,000, is 139.6, according to Germany's public health body, the Robert Koch Institute.

This is far above the figure of 50 infections per 100,000 that the government has set for the possible lifting of restrictions.