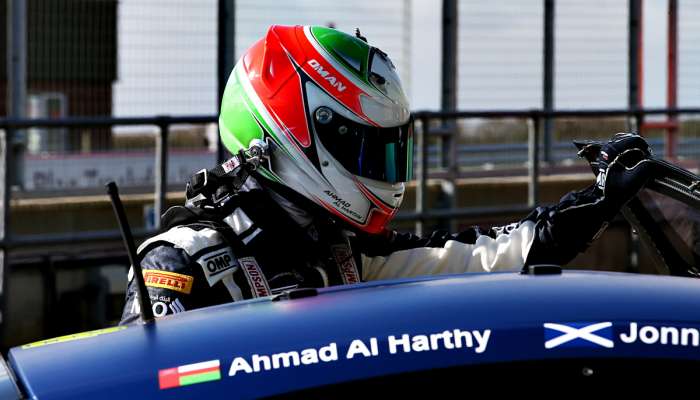 Muscat: Oman Racing’s Ahmad Al Harthy is little more than four weeks away from beginning his long-awaited first season in the prestigious and hotly-contested Asian Le Mans Series, with the added bonus of all four rounds taking place on Middle Eastern soil in the United Arab Emirates.

As a result of the ongoing impact of the COVID-19 pandemic, the Automobile Club de l’Ouest – the organising body behind the ALMS – made the decision during the latter part of 2020 to put in place a new calendar and location for the entire championship due to travel restrictions in South East Asia.

Scheduled to start in January in Thailand before moving on to Malaysia, the revised four-race series will now begin on Thursday, 4th February, at Yas Marina Circuit with the whole championship packed in to a busy 17-day period at the Abu Dhabi venue.

To provide as much variety as possible for drivers and teams, the races – all four hours long – will be run on two different track configurations at Yas Marina and the quartet of encounters will combine day, twilight and night racing.

Delighted the Asian Le Mans Series will be contested in the Middle East, and especially at a track he knows well, Al Harthy has a glowing record at Yas Marina with many successes stretching back over the last 10 years.

Taking a lights-to-flag victory in the Porsche GT3 Cup Challenge Middle East F1 support race in 2011, the Omani went on to secure pole position and a podium finish in the Gulf 12 Hours in 2015 partnering Adam and Darren Turner. Another podium was achieved in the same race in 2017 with Tom Jackson and Euan McKay while, in 2018, Al Harthy finished in fourth place.

“I can’t wait for the championship to begin, especially now it’s being held at Yas Marina Circuit”, said the double Blancpain Endurance Cup Pro-Am Champion, “Obviously it’s the closest track we have to Oman, so this going to be fantastic for all of us at Oman Racing. I have great memories from there with some great results so, for sure, we can’t wait to be there and get started.

“We have a very strong line-up with Jonny [Adam] and Tom [Canning] and with the TF Sport guys always preparing an amazing car for us, our confidence is very high. The competition is going to be incredibly strong, but we are determined to have a very successful championship.”

Having been on the racing sidelines for the bulk of 2020 due to the travel restrictions imposed because of COVID-19, Al Harthy and Canning only made their first competitive appearance together at Spa-Francorchamps in Belgium in October. Unsurprisingly, the duo starred in the No.97 Aston Martin Vantage GT3 by winning the Pro-Am class on their debut in the International GT Open.