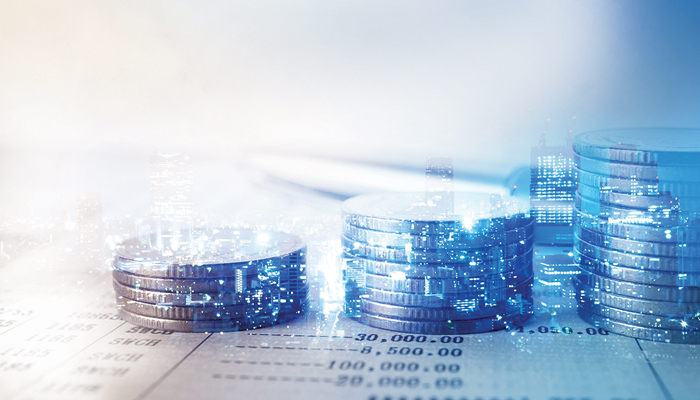 The budget represents the first cycle of implementation of Oman Vision 2040.

Muscat: Oman’s budget for 2021 will act as a template for the next two decades of the country’s economic development, the Undersecretary for Economy at the Ministry of Economy has said.

“This plan represents the first cycle of implementation of Oman Vision 2040, and is considered a roadmap for the next twenty years,” said Dr Nasser bin Rashid Al Ma’awali, who said that the provisions of this budget were also designed with the 10th Five Year Plan in mind.

“This plan is important as it has been driven by the thoughts and vision of His Majesty Sultan Haitham Bin Tarik,” he added. “This 10th Five Year Plan is a translation of the direction of progress His Majesty sees for this country.”

The undersecretary was speaking an interview with Shabiba FM, the radio arm of Al Shabiba, the sister Arabic publication of the Times of Oman, where he explained the importance of Oman basing its economy on renewable resources for it to be sustainable in the long-term.

“This plan seeks to transform our country’s economic structure,” Al Ma’awali explained. “As the plan begins to be adopted, it is important our economy depends on multiple, sustainable resources, instead of ones that can be depleted.”

Economic expansion and efficient spending are the objectives around which the five pillars that support Oman’s State Budget for 2021 have been created. Higher non-oil revenues, economic growth and diversification, optimal public spending, increasing domestic and foreign investment and enabling the private sector to help achieve economic growth and job creation were this year’s main goals, Sultan bin Salem Al Habsi, the Minister of Finance, said.

“In order to achieve fiscal balance, the government has changed its strategies in dealing with the current situations,” said the minister in this year’s budget guide, released by the Ministry of Finance.

“Therefore, the government has undertaken a set of measures, including issuing various financial circulars and instructions to government units with the aim to reduce public spending and enhance its efficiency.”

This, Al Habsi added, was “in addition to enhancing non-oil revenues, implementation of governance, controlling employment processes, and strengthening internal controls.” The Minister of Finance, said, “The 2021 budget outlines a ceiling for all government units, where the budget of each unit should not exceed the revised budget of the financial year for 2020.

“The budget continues to rationalise public spending and enhance its efficiency. It also seeks to contain the deficit and maintain its downward trend.”

Public spending under Oman’s 2021 budget is OMR10.88 billion, while revenues are expected to reach OMR8.6 billion, leaving a deficit of OMR2.24 billion. Incoming revenues represent 33 per cent of gross domestic product (GDP) at current prices.
Incoming funds from the oil and gas industry are likely to contribute OMR5.4 billion, accounting for 63 per cent of total revenue. Among the oil and gas sector, oil is expected to contribute OMR3.6 billion (41 per cent) of the total revenue for the budget, while gas-based income will make up for another 1.8 billion (22 per cent).

Non-oil sources of income are expected to earn the country another OMR3.2 billion, i.e. the remaining 37 per cent of revenue. Taxes will make up 51 per cent of earnings from non-oil revenues. An estimated OMR3 billion is expected to be recouped through taxation and fees, and the budget has made provisions for an additional OMR220 million to come from capital revenues and repayments.

In this budget, current expenditures make up the lion’s share of costs (OMR9.02 billion, representing 83 per cent of the funds for this year’s budget).
OMR900 million (eight per cent) has been earmarked for investment-related expenditure, while subsidies and other concessions amount to a further OMR960 million (nine per cent).

80 per cent of this money will go towards salaries and other entitlements of ministries and government bodies (OMR3.3 billion), with the rest of the money being spent on subsidies and related financial aid, service costs, commodities, and capital costs.

“The budget has been prepared in consistency with the fiscal framework of the Tenth Five-Year Plan, and in a way that leads to achieving national priorities and fiscal sustainability,” explained Al Habsi, the Minister of Finance. “A sustainability that is based on higher non-oil revenues and an optimal level of public spending.”

“The 2021 budget outlines a ceiling for all government units, where the budget of each unit should not exceed the revised budget for the financial year of 2020,” he added.

“The budget continues to rationalise public spending and enhance its efficiency. It also seeks to contain the deficit and maintain its downward trend. We truly value the efforts exerted towards the State’s General Budget,” he said.

“We also affirm the significance of the combined efforts of all concerned entities, along with the participation of our society and private sector, to uplift our national economy towards achieving Oman Vision 2040.”