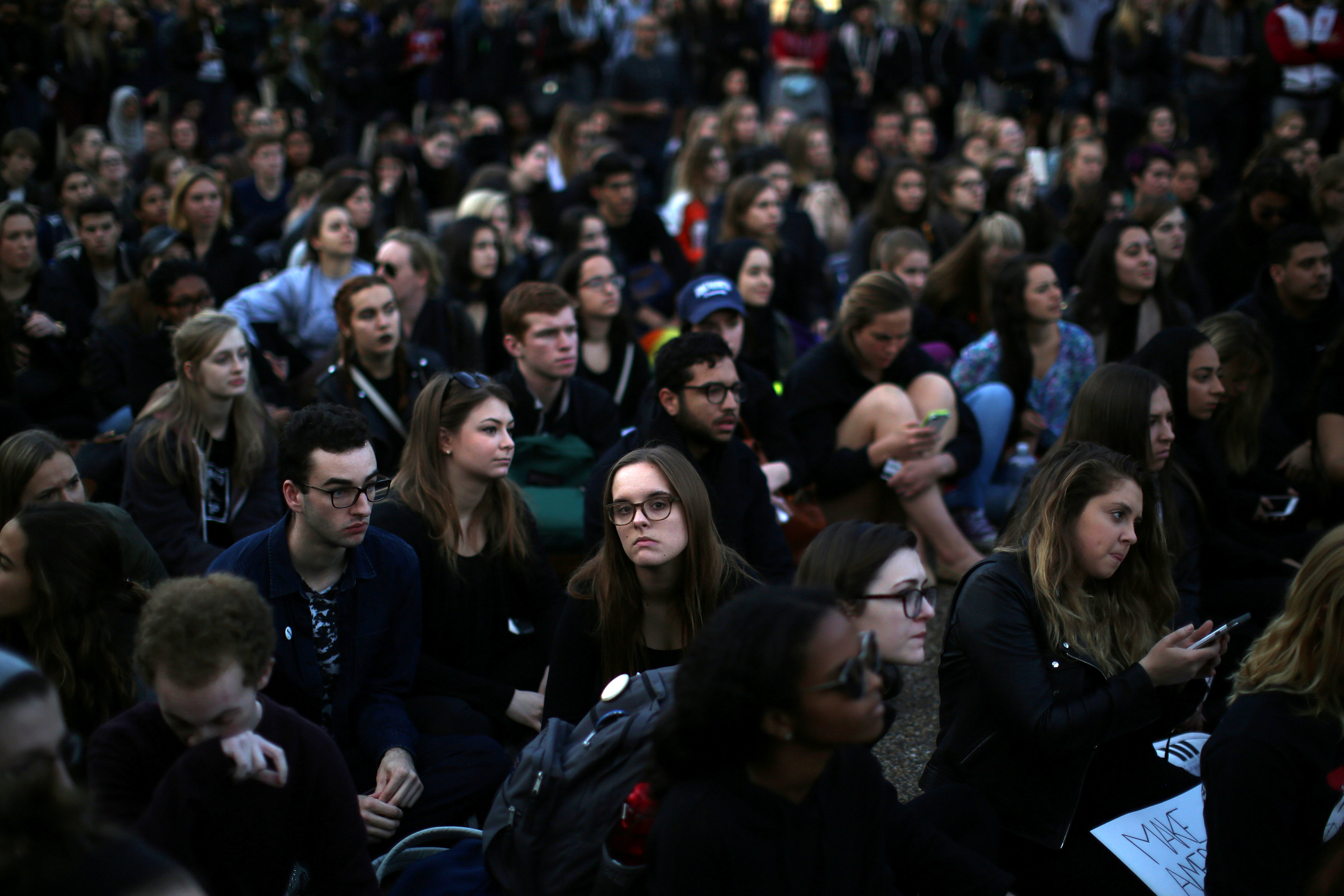 “What we love will ruin us,” predicted Aldous Huxley in 1932. In Brave New World, he described a human race that, by 2540, has been destroyed by ignorance, a lust for constant entertainment, the dominance of technology, and an overabundance of material goods. With Donald Trump’s recent election as president, the United States seems to be fulfilling Huxley’s prediction more than 500 years ahead of schedule.
America’s public culture has long shied away from highbrow thinking, often touting a kind of demotic laissez-faire egalitarianism as a precondition for unrestricted creativity and the unbridled capitalism that it supports. All anyone needs to get ahead are guts and perseverance.
That was once an attractive proposition for countries like the Soviet Union, which was closer to the world of George Orwell’s own dystopian novel 1984. In a place where government control had forced all cultural creativity underground, the demotic spirit and imagination that America seemed to embody seemed like a dream.
But in a world like Orwell’s, political pressure ultimately builds, and a surging dissident movement sweeps away the system, as the Soviet Union was in 1991. When people are distracted by mindless entertainment and piles of stuff, however, they lose their will to resist. Eventually, they are so lacking in knowledge and skills that they could not reject that life, even if they wanted to.
In other words, the world that Soviet citizens might have hoped for could represent a different sort of prison – less unpleasant, perhaps, but also more difficult to escape. That is what the US now faces.
America’s culture industry has long lent the country’s politics a tinge of Hollywood surrealism. Politicians are characters, from Jimmy Stewart’s morally incorruptible innocent in Mr. Smith Goes to Washington (1939) to Orson Welles’s Trumpian mogul in Citizen Kane (1941) and Robert Redford’s earnest crusader in The Candidate (1972), not to mention John Wayne’s many cowboys and rangers.
With the election of the young, tanned John F. Kennedy in 1960, the Hollywood aesthetic moved into the White House for the first time. In 1960, Kennedy was beamed into American homes, standing beside the better-known but far less charming Richard Nixon. More of a playboy than a cowboy, Kennedy captured American hearts. But he was no avatar of philistinism: on the contrary, he declared in 1963 that “ignorance and illiteracy...breed failures in our social and economic system.”
America’s next screen-friendly president was Ronald Reagan, an actual actor who had played an actual cowboy. But, when it came to openness and knowledge, his view was the opposite of JFK’s. Advocating supply-side economics to the white working class, he convinced millions that “less government,” which meant cutting federal programmes, including education – would bring “morning in America.”
With his well-rehearsed sunny disposition, Reagan expertly played his role as president, but with a decidedly Hollywood flair. His Strategic Defense Initiative, intended to end the nuclear-deterrence strategy known as “mutual assured destruction,” was actually nicknamed “Star Wars.” Reagan’s enduring status as a Republican icon has much to do with his ability to dole out cowboy cruelty with movie-star charm, though luck also played a role. After all, victory in the Cold War was aided substantially by Mikhail Gorbachev, whose effort to reform the Soviet Union hastened its collapse.
In the wake of that victory, America doubled down on the proposition that daring beat knowing. James Carville, a campaign strategist for President Bill Clinton (who benefited from his own Southern-infused Kennedy-like charm), coined a phrase – “It’s the economy, stupid” – so catchy that it is frequently invoked to this day. And yet it is precisely the American economy that has dumbed so many down.
By 2000, Americans were ready for George W. Bush. At once a prince and an everyman, he combined his father’s East Coast blue-blood pedigree with a simple Texan persona, making him a perfect cross between Stewart and Wayne. But Bush was no movie star. Rather, he was an actor in an advertisement, hawking wars.
Today, entertainment has entered a new phase – and so has politics. From reality television to summer blockbusters to social media, what occupies a growing number of people, especially in the US, is more unfiltered, instantaneous, and relentless than ever. The thirst for detailed knowledge and complex discussion seems to have been almost fully supplanted by a far more powerful thirst for memes, likes, and followers.
Enter Trump. With his rowdy rallies and 140-character 2:30 am “policy proposals,” the former reality television star knows exactly how to attract an angry population struggling to frame its grievances. Trump himself – who was rumoured to have set his sights on launching “Trump TV” in the wake of the election (which he presumably expected to lose) – has attributed his election victory to social media.
Some Trump voters claim that they were driven by “common sense,” and that what appealed to them was his message of “prosperity and reducing the debt,” together with “a strong military and reforming immigration.” But a closer look reveals that that message had no substance; indeed, it was barely coherent.
What Trump supporters really voted for was the mean boss on “The Apprentice,” the decisive authoritarian who will fire – or deport – anyone, without a second thought. They voted for the guy they thought would follow Wayne’s swaggering mantra: “If everything isn’t black and white, I say, ‘Why the hell not?’” And many voted for a return to a time when white men were cowboys and conquerors.
With the election of Trump, who has named a white supremacist as his chief adviser and strategist, America could cross into Orwell territory. That would be devastating, but the silver lining is that, eventually, a resistance would rise up and destroy the system. But even if Trump stops short of neo-fascism, he could create an America that works for fewer and fewer people, while voters, so busy sharing cat pics and fake news on social media, gradually lose their remaining capacity to distinguish between lived reality and its virtual shadow. - Project Syndicate