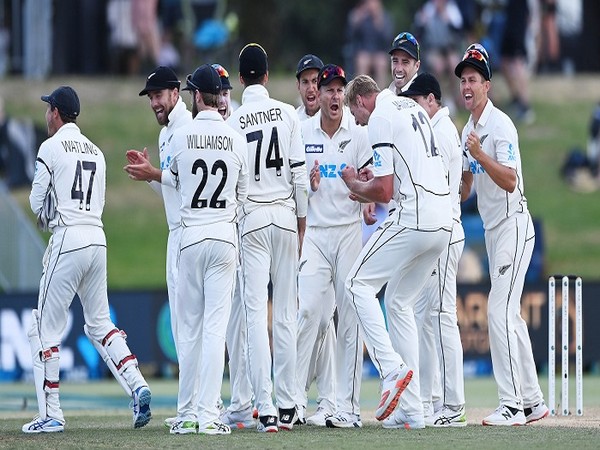 Tauranga: New Zealand boosted their hopes of reaching the ICC World Test Championship final after securing a 101-run win against Pakistan in the first Test here on Wednesday.

With this win, New Zealand not only gained a 1-0 lead in the Test series but also moved closer to the No.1 spot in the ICC Test Team Rankings. The side will confirm their place on the top if they clinch the series. Day five of the first Test was an emotional joy ride. With Fawad Alam and Pakistan skipper Mohammad Rizwan weathering the storm in the first two sessions, it almost looked like the game will be drawn as the duo stitched the eighth-longest fourth-innings partnership of all time.

However, New Zealand pacers denied visitors a draw as Pakistan lost all six wickets in the concluding session of the match. For Fawad, it was like a re-birth as he hit a Test century after 11 years. The left-handed batsman had scored a hundred on his debut in July 2009.

Resuming day five on 71/3, Pakistan suffered an early setback with the loss of Azhar Ali as Trent Boult struck early in the morning. Ali and Fawad had weathered the storm on Wednesday after Pakistan were left reeling at 0/2. Replicating the same, Fawad and Rizwan then took Pakistan to drinks without any further damage.

Despite losing Azhar, Pakistan looked good and had a decent morning session courtesy of an unbeaten 62-run partnership between Fawad and Rizwan. For Fawad, it was all about being patient on day five and hitting the bad balls. The left-handed batsman completed his half-century in 149 balls as the visitors looked to avoid defeat.

A terrific second session for Pakistan saw them scoring 78 runs without losing a wicket. Fawad and Rizwan had held fort, defying the New Zealand pace attack. Meanwhile, Fawad hit his second hundred and Rizwan scored his second half-century of the match and it looked Pakistan had given themselves a genuine shot of saving the first Test.

However, Kyle Jamieson provided New Zealand the breakthrough as he sent Rizwan back to the pavilion. The wicket of Rizwan triggered a collapse as Pakistan started losing wickets at regular intervals. First Neil Wagner sent Fawad back in the 106th over and then 15 balls later Jamieson came back to dismiss Yasir Shah as the Kiwis looked favorites to seal the match.

Wickets kept falling at regular intervals and Pakistan soon found themselves tottering at 261/9. The last pair of Naseem Shah and Shaheen Afridi looked to battle it out as they defended for 47 balls. But with the visitors needing to survive another last five overs, Mitchell Santner put the final nail in the coffin as he induced a lofted return catch from Naseem's bat as New Zealand sealed a thrilling win.