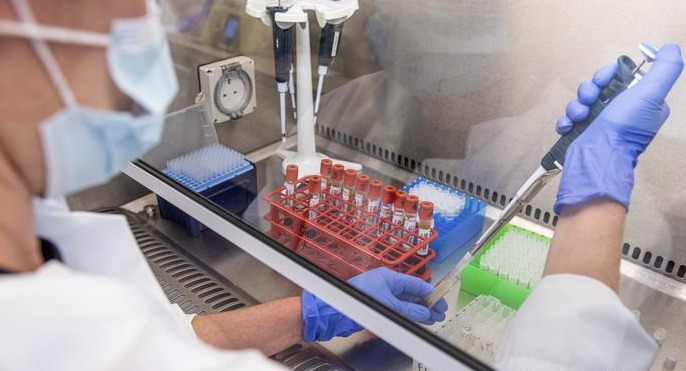 London: British regulators on Wednesday approved a coronavirus vaccine designed by scientists at the University of Oxford.

The UK has ordered 100 million doses from the manufacturer AstraZeneca — enough to vaccinate 50 million people.

The approval, by the medicines regulator, means the vaccine is classed as both safe and effective.

British Health Secretary Matt Hancock said in an interview that the government "can now accelerate the vaccine rollout."

"This brings forward the day when we can get our lives back to normal," he told British broadcaster Sky News. "We can say now with confidence that we can get out of this by spring."

How effective is the vaccine?

Regulatory endorsement is a welcome boost for AstraZeneca and the Oxford team, which have been accused of a lack of clarity about the results from late-stage trials.

Pooled results from those trials show it had overall efficacy was 70.4%.

Efficacy was 62% for trial participants given two full doses, but 90% for a smaller sub-group given a half, then a full dose.

Researchers said that the finding of 90% efficacy for the low-dose/high-dose regime needed more investigation. AstraZeneca did not specify which dose regime had been approved.

How is the vaccine different to the BioNTech-Pfizer one?

The UK already approved the use earlier this month of the BioNTech-Pfizer vaccine, which was developed by German scientists.

Tests began on Oxford-AstraZeneca early in 2020, with the initial clinical trials being carried out in April.

But this second vaccine is expected to lead to a significant increase in vaccination as it is cheaper and easier to produce than the BioNTech-Pfizer jab.

The German-developed vaccine must keep at -70C, while the Oxford version can be kept in an ordinary refrigrator, making it easier to deliver to those who need it.

Is the new vaccine effective against the new variant?

Britain and South Africa in particular are grappling with new variants of the coronavirus, and many countries have responded by banning passenger flights and blocking trade.

AstraZeneca and other developers have said they are studying the impact of the new variant but expect that their shots will be effective against it.

“Our belief at this point is that this vaccine should be effective against the variant,” AstraZeneca’s Chief Executive Pascal Soriot told the BBC on Wednesday.

EU regulator the European Medicines Authority (EMA), which moved to Amsterdam from London last year in March before Brexit, says the Oxford jab may not be approved until February at the earliest for use in the EU.

EMA deputy executive director Noel Wathion told Belgium's Dutch-language newspaper Het Nieusblad on Wednesday: "They have not even filed an application with us yet. Not even enough to warrant a conditional marketing licence.

"We need additional data about the quality of the vaccine. And, after that, the company has to formally apply," he said. "We are not just going to give approval based on a press release that they have sent out themselves."

The EU has ordered some 400 million doses of corona vaccines from AstraZeneca, but it still requires approval before they can be administered.

"We will be addressing the issue in the coming days,” said Wathion.

When asked by the newspaper if an approval would still be possible in January, he said: "That seems unlikely to me.