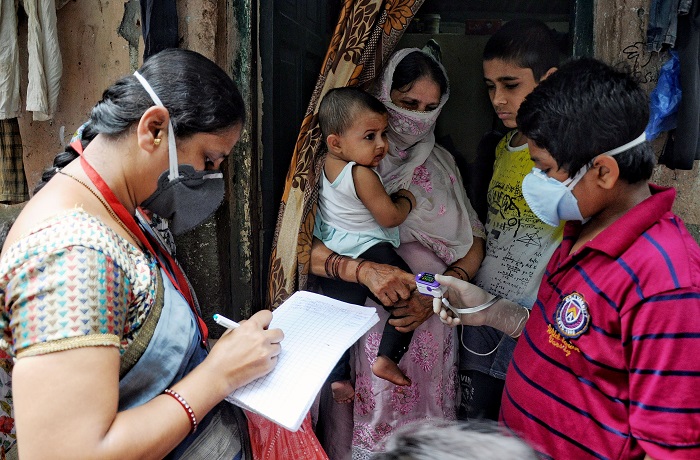 New Delhi: India on Tuesday has surpassed a crucial milestone in its fight against the global pandemic as the country recorded the lowest daily rise in over six months.

Less than 16,500 daily new cases (16,432) were added to the national tally in the last 24 hours after 187 days. The daily new cases were 16,922 on June 25, 2020, according to a statement from the Ministry of Health and Family Welfare (MoHFW). India's active caseload has fallen to 2,68,581 on December 28. The share of active cases in the total positive cases has further compressed to 2.63 per cent of the cumulative caseload, it stated.

A net decline of 8,720 cases has been recorded in the total active cases in last 24 hours.

With the rising recoveries and decline in daily new cases, India's cumulative recoveries are inching closer to 1 crore, said the MoHFW.

"The total recovered cases have crossed 98 lakhs (98,07,569) today, which translates to a recovery rate of 95.92 per cent. The gap between recovered cases and active cases continues to grow and presently stands at 95,38,988," the statement further informed.

Around 77.66 per cent of the new recovered cases are observed to be concentrated in 10 states/UTs.

According to the statement, Maharashtra has reported the maximum number of single day recoveries with 4,501 recoveries. Kerala follows with 4,172 new recoveries. Chhattisgarh recorded another 1,901 daily recoveries, it said.

Around 78.16 per cent of the new cases are concentrated in 10 states and UTs.

Ten states/UTs account for 77.38 per cent of the 252 case fatalities reported in the past 24 hours.

Total of 19.84 per cent of new fatalities reported are from Maharashtra, which reported 50 deaths while West Bengal and Chhattisgarh followed it with 27 and 26 new deaths respectively, the statement added.