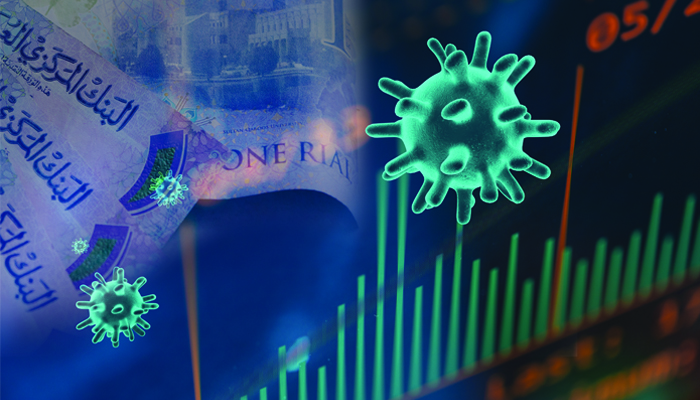 Oman’s financial situation witnessed challenges because of the economic impact of the COVID-19 pandemic.

Muscat: Oman’s economy will receive a boost after a fiscal balance plan is implemented, according to the economic experts. The plan seeks to achieve sustainable levels of fiscal balance and establish suitable conditions to support the Oman Vision 2040.

The manner in which the National Programme for Fiscal Balance (Tawazun, which in Arabic means ‘sustainability’) is to be carried needs modifications, owing to the impact of the COVID-19 pandemic, the experts said.

“The emergence of the pandemic has led to a review of all the assumptions, statistics and initiatives around the plan,” said Nasser bin Khamis Al Jashmi, secretary general of the Ministry of Finance.

“This has had a big impact on the plan, because it includes a large number of social and economic effects, and how that affects our financial balance. But the other alternative for us, if we do not take the measures in this plan, is that the damage to our economy will be very great.”

“Some social and economic measures and initiatives had to be taken, because this would make things easier for everyone, as opposed to not taking any measures at all. It was also important to protect the low-income categories of people, as we were directed by His Majesty Sultan Haitham Bin Tarik.”

To ensure low income workers remain protected from economic shortfalls, the National Programme for Fiscal Balance has many socio-economic initiatives. Benefits to families under this category are based on the total income earned by them, as well as the number of people in each family. The plan needed to be drawn up owing to Oman’s fiscal deficit, its increased spending, and the downgrade in the country’s credit rating, which led to financial challenges.

“The size of the annual deficit in our budget is very large – it accounts for about 20 per cent of it,” explained Al Jashmi.

“It was necessary for us to reduce this through several initiatives that look at spending and revenue. The total cost of electricity and water subsidies, for example, amount to OMR725 million annually, and this number will only increase if it is not rectified.
“Rather than cancel this entirely, it was decided to alter its conditions,” he added.

“Currently, these subsidies benefit Omanis, expatriates and commercial establishments, but under the current circumstances, the government is unable to bear this cost. The largest group of those who will continue to receive subsidised bills are those earning an income of less than OMR1,250.”

Other areas of spending that occupy key segments of the current budget are salaries, which account for 60 per cent, and development spending – money used to serve the community in general. Budgets for government agencies have been cut by up to 30 percent, and next year, they will be reduced by an additional five percent.

“53 per cent of the initiatives in this plan are the responsibility of the government, not its citizens, but if this plan is not implemented, the effect on the economy will be great,” said Al Jashmi.

Adding to this, Dr Mansour bin Talib Al Hinai, chairman of the Authority for Public Services Regulation (APSR), said his organisation would continue to protect the interests of people in the country while this plan was being implemented.

“We need to monitor the costs of providing these services, by reviewing all our spending and returns,” he explained. “We have also taken a number of initiatives to educate communities about rational use of electricity. A team consisting of Omani youths has been formed to raise awareness in this area. We have also begun awareness campaigns to ask people to switch to more energy-efficient devices.

“We will hold periodic dialogues which will look at the costs of energy and water in the country, and will undertake future projects to reduce them, which is one of the objectives of Vision 2040,” added Al Hinai. “Among the initiatives we have undertaken as part of this is the generation of domestic energy through solar panels.

“However, anyone who abuses our services will be reviewed, and they money for which they seek compensation from us will not be given to them,” he warned.
Dr Said bin Mohammed Al Saqri, Oman’s Minister of Economy, said that the government needs to make sure the main economic sectors of the country continue to function during the pandemic, and to lessen its impact on the nation’s small and medium enterprises.

“Among the challenges facing our economy, due to the decline in oil prices, and the pandemic, is the need to maintain macroeconomic stability, which is measured in the form of GDP growth, economic growth, price stability, and the preservation of the purchasing power of the Omani Rial,” he explained.

“These challenges also include the halting and decline of economic activity, and the repercussions this has on the labour market,” he admitted. “This also includes the termination of Omani workers, and it is expected that this will lead to an economic contraction of about four percent. We have introduced several measures to alleviate the severity of the pandemic for our services to continue running.”

“The total value of the incentives to withstand the repercussions of the COVID-19 pandemic is about OMR 8 billion,” Al Saqri revealed. “The team from the National Programme for Fiscal Balance will present several recommendations that are aimed at mitigating the repercussions of the effects of the pandemic, and also lead to increased job creation and economic activity in the long run, as well as encouraging foreign direct investment in the country.”