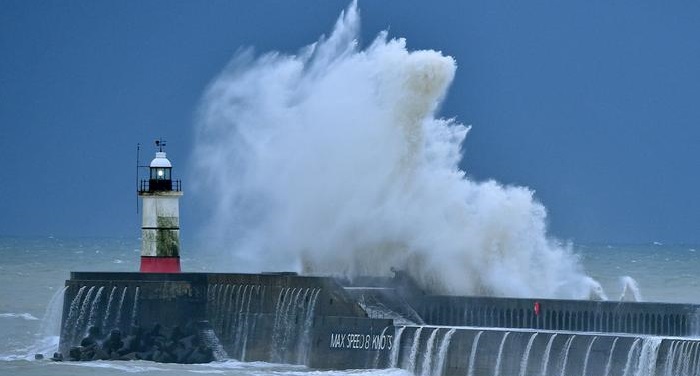 Thousands of households in France and the UK were left without electricity on Sunday as storm Bella caused torrential rain and heavy winds in the region.

Brittany and Normandy in the north and west of France were the first regions to suffer power cuts, but "18,000 households were reconnected" later on Sunday, said power company Enedis.

Some 34,000 households in the east and center of France were still without power as the storm made its way across the country.

The storm has disrupted air travel, with over a third of flights from France's main airport of Charles de Gaulle in Paris suffering delays of an average of 50 minutes. However, airport operator ADP said "air traffic has now returned to normal."

The winds and rains abated in some areas by the late afternoon, but heavy snow was forecast on higher ground in the south of the country heading into Monday.

Similar troubles across the channel


The weather service Meteo France warned of strong gusts and high waves on the Atlantic coast, while the prefecture of the department of Manche on the English Channel urged caution due to the strong winds.

Gusts of up to 145 kilometers per hour (90 miles per hour) were measured at the top of the Paris Eiffel Tower.

Earlier, the storm hit large parts of Britain with heavy rainfall and strong winds. More than 100 flood warnings remained in place across the country on Sunday.

Houses were flooded in parts of Northamptonshire and Bedfordshire in eastern England.

Across southeastern England, more than 1,300 people had been advised to leave their homes over the Christmas period. On the Isle of Wight in the English Channel, wind speeds of 170 kilometers per hour were measured overnight. The ongoing storm could cause rivers to rise further, experts warn.

Meanwhile, some 20,000 households in Wales had their electricity cut while delays were also seen on railways due to trees falling on the line.