His Majesty receives letter from Emir of Qatar 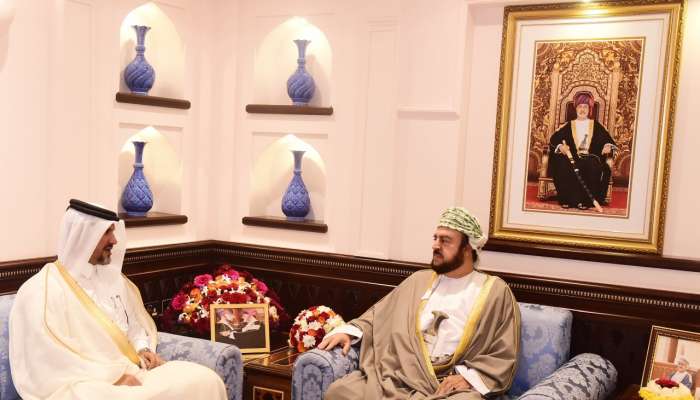 The message was received by HH Sayyid Asa'ad bin Tarik Al Said, Deputy Prime Minister for International Relations and Cooperation Affairs, Personal Representative of His Majesty the Sultan, when he received Sheikh Jassim bin Abdulrahman Al-Thani, Qatari Ambassador to the Sultanate, in his office yesterday.

During the meeting, the two sides reviewed the relations between the two countries and means of enhancing them in various fields.