Rare astronomical phenomena can be viewed with naked eyes in Oman 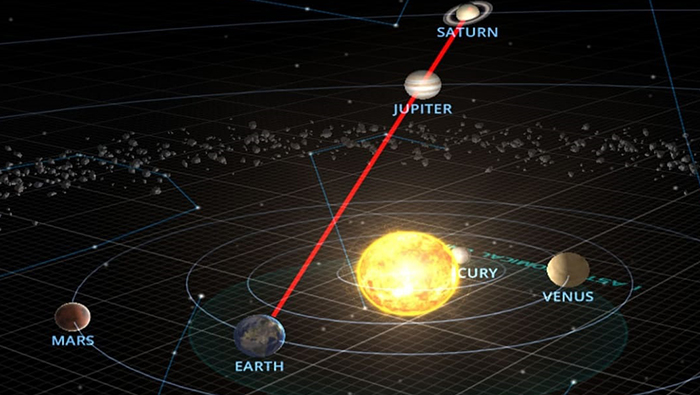 Muscat: The Sultanate’s sky will witness a rare astronomical phenomena on Monday night, December 21, 2020. This rare astronomical event will see Jupiter and Saturn line up very close to each other, which is an event that takes place about once every 20 years and will last for nearly two hours.

According to officials at the MERA Astronomy Affairs Department, this astronomical phenomenon can be viewed anywhere in the Sultanate through naked eyes.

For those interested in astronomy, and for clear vision, it is recommended to enjoy the view away from cities where the lights are less and the sky clear.”

“Due to the pandemic, sites have been prepared to witness this unique phenomenon for the general public, but the Astronomical Society will broadcast live video of the phenomenon when it occurs through social platforms.”

Called the Great Conjunction, this event will occur at 2:02pm on December 21, 2020 in the skies above Oman, the rest of the Arab World, and parts of the northern hemisphere.

This event involving the close proximity of the two giants of the solar system has not occurred since March 1226, and will not be repeated until 2080.

The reason it’s called the Great Conjunction is because this event involves the two largest planets in our solar system.