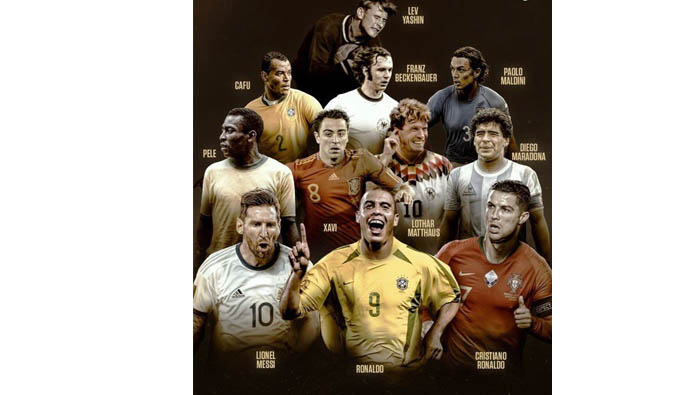 Paris: France Football has finally revealed the 11 players who are a part of the Ballon d'Or Dream 11 and the greats like Lionel Messi, Cristiano Ronaldo, Pele, and Diego Maradona have all found a place in the lineup.

The defenders of this side are composed of Germany's Franz Beckenbauer, Brazil's Cafu, and Italy's Paolo Maldini. Spain's Xavi was also named as the best midfielder in the history of the sport.

Xavi had won a FIFA World Cup and two Euro Cups with Spain. In the attacking midfielder department, Pele and Maradona were named. Maradona had won the FIFA World Cup in 1989 while Pele won it in 1958, 1962, and 1970.

Finally, the three strikers were named and it was Argentina's Messi, Portugal's Ronaldo, and Brazil's playmaker Ronaldo.

Earlier this year, France Football had announced that the 2020 Ballon d'Or would not be awarded due to the coronavirus pandemic as it had led to the cancellation or suspension of many tournaments.