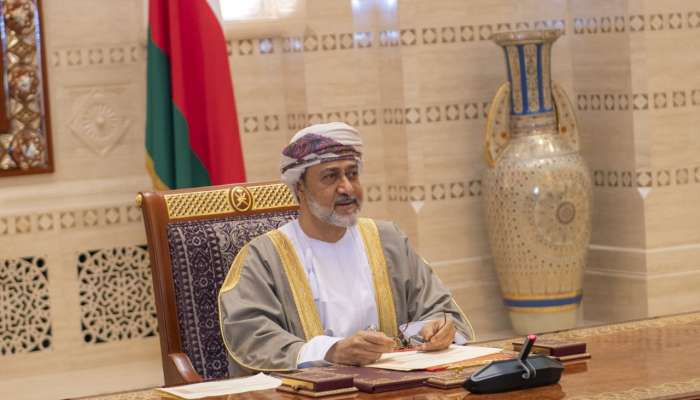 Muscat: Muscat: His Majesty Sultan Haitham Bin Tarik presided on Tuesday over a meeting of the Council of Ministers at Al Barakah Palace.

At the outset of the meeting, His Majesty the Sultan gave thanks and praise to the Almighty Allah for the riches that He has bestowed on Oman. He prayed to Allah to perpetuate the bounties of security and stability enjoyed by the Sultanate.

Then, His Majesty the Sultan reviewed local and international developments.

His Majesty the Sultan valued the efforts and tasks undertaken towards the preparation of Oman Vision 2040. He commended the efforts of the Main Committee, the Technical Committee, sectoral committees, citizens and establishments that contributed to the formulation of the strategic vision.

Given the results achieved so far, His Majesty the Sultan approved the launching of Oman Future Vision 2040 to be applied from the beginning of 2021 till 2040. The vision, His Majesty the Sultan noted, has been the outcome of national and harmonious societal efforts. Its success is credited to all participants and contributors, without exception. 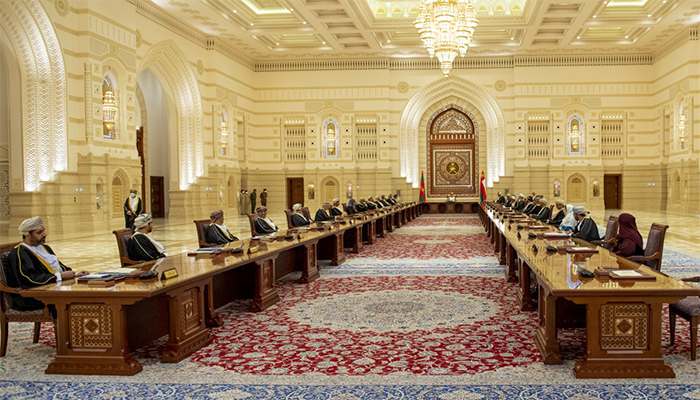 Based on national priorities on which Oman Vision 2040 is based, His Majesty the Sultan called for channeling all efforts and resources for the realisation of goals and programmes of fiscal balance, the development of legal instruments for investment, the streamlining and acceleration of government services, the development of economic zones and the implementation of major projects, along with the upgrading of national expertise—with all this to be linked to the employment of citizens, being a top national priority.

In this context, His Majesty the Sultan underlined the Government’s constant keenness to pursue five-year plans aimed at achieving the goals and priorities of Oman Vision 2040.

His Majesty the Sultan said that he followed up, with great attention, the stages of preparation of the 10th Five Year Plan (2021-2025), as well as the State’s General Budget for Fiscal Year 2021, which is considered the first executive plan of Oman Vision 2040.

His Majesty the Sultan pointed out that the Fiscal Plan 2021 is compatible with financial conditions being experienced by the Sultanate and that emphasis is laid on maintaining fiscal sustainability through rationalisation of spending and augmenting of revenues.

The Five Year Plan and the Budget projects will constitute a cornerstone for the sustainability of economic and social stability and the realisation of good, consistent development rates, His Majesty the Sultan said.

His Majesty the Sultan added that he studied the comments and recommendations submitted by the State Council and Majlis Al Shura on the draft Budget and Five Year Plan. He reaffirmed that the State Council and Majlis Al Shura are basic partners in the development process and that their efforts serve the public interest and go hand in hand with other roles undertaken by the Government and all other sectors.

His Majesty the Sultan underscored the need to maintain continuous cooperation and partnership between the Government and the Council of Oman in a manner that realizes their full integration.

Within the context of the Royal attention to achieve fiscal efficiency and sustainability of pension funds and, in light of challenges faced by the funds and due to their multiplicity — which necessitates collaborating efforts to raise the competence of their funds’ investment — His Majesty the Sultan endorsed the recommendations listed below:

The establishment of two pension funds, the first for the civil sector and private sector and the second for personnel of military and security units.

Amending the minimum service for entitlement to early retirement in all current systems to be 30 years of service.

Devising a uniform retirement system for new personnel of government units and the private sector. The system applies in arrears to employees who have not completed ten years of the prescribed duration for entitlement to pension pay.

Also, within the context of the Royal attention to continue boosting digital competence and preparedness and to accelerate the pace of e-government transformation, His Majesty the Sultan reaffirmed his constant follow-up of the efforts exerted by the Government. The overall aim is to speed up procedures for the realisation of aspirations of citizens, residents, entrepreneurs and investors and to empower the strategic, economic and developmental sectors in the Sultanate.

His Majesty the Sultan also gave directives to expedite the implementation of the National Unified E-Government Portal to serve as a composite platform incorporating all government services.

His Majesty the Sultan listened to efforts made by the authorities concerned, including the Supreme Committee tasked with tackling developments resulting from coronavirus (COVID-19) pandemic and its health, social and economic impacts. He was also briefed about steps undertaken to provide the appropriate vaccine in coordination with the Global Alliance for Vaccines and Immunization, the World Health Organisation and the specialised firms.

His Majesty the Sultan also gave directives to top government officials and governors to hold regular meetings, continuously, in the presence of walis, with sheikhs, dignitaries and citizens in their respective wilayats to study the needs of the wilayats for services and development projects and to listen to their opinions about service plans and programs in those governments.

In this context, His Majesty the Sultan commended the initiative of the late Emir of Kuwait, Sheikh Sabah Al Ahmed Al Jabir Al Sabah, in promoting rapprochement of views among Arab Gulf Cooperation Council (GCC) states. He noted that the late Emir’s efforts culminated in accord to take positive steps to find a way out of the impasse of misunderstanding and to work together to bring back the GCC household into full harmony. His Majesty the Sultan expressed the Sultanate’s continuous keenness to support all efforts to achieve consensus among GCC states.

At the conclusion of the meeting, His Majesty the Sultan touched on issues of interest to the nation and citizens, wishing all success in their benign endeavours towards realizing prosperity for Oman and its noble people.