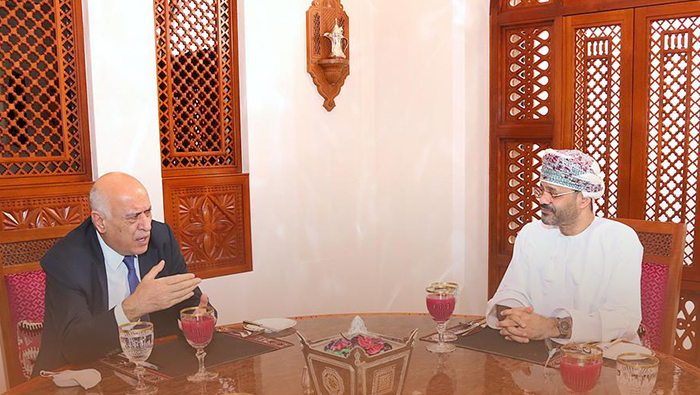 The meeting reviewed the latest developments in the Palestinian cause, besides other topics of common concern.

The meeting reiterated the strong Omani-Palestinian relations and the Sultanate's firm stance towards the Palestinian cause, as well as its regional and international efforts aiming the comprehensive and just peace in the Middle East.

The meeting was attended by Tayseer Ali Farhat, Ambassador of the State of Palestine to the Sultanate and some officials at the Foreign Ministry.