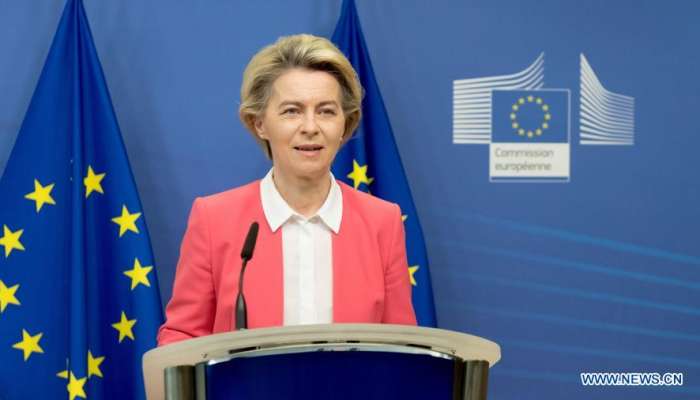 BRUSSELS: European Commission President Ursula von der Leyen said Sunday that the European Union (EU) and UK negotiating teams have been mandated to continue the post-Brexit trade talks beyond the end of this weekend.

After a "constructive and useful phone call" with British Prime Minister Boris Johnson, von der Leyen said that despite the fact that deadlines have been missed over and over, "we both think it is responsible at this point to go the extra mile."

Further negotiations will take place in Brussels, said von der Leyen, adding that it remains to be seen if an agreement can be reached even "at this late stage."

Earlier this week, EU and UK leaders have set a deadline of Sunday for a trade deal decision.

Both sides started the lengthy and bumpy post-Brexit talks in March after Britain ended its EU membership on Jan. 31, trying to secure a future trade deal before the Brexit transition period expires at the end of the year.

Failure to reach a free trade agreement means bilateral trade will fall back on World Trade Organization (WTO) rules in 2021.

The European Commission has proposed a back-up plan which aims to ensure, among others, the basic reciprocal air and road connectivity between the EU and the UK if the two sides fail to cut a post-Brexit trade deal.