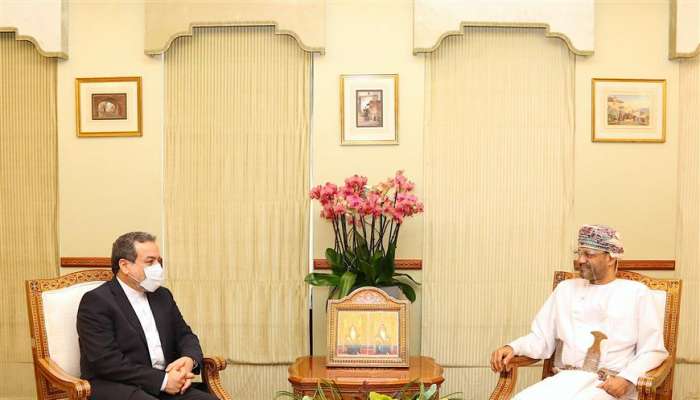 During the meeting, the two sides stressed the importance of promoting various fields of bilateral cooperation, particularly the economic, commercial, cultural and scientific areas to serve the joint interests.

They also exchanged views on the regional and international developments, stressing keenness of the two neighbouring countries in supporting all endeavours and initiatives to consolidate pillars of regional security and stability, as well as achieving understanding, harmony and cooperation among all.

The meeting was attended by Sheikh Khalifa bin Ali Al-Harthy, Foreign Ministry's Undersecretary for Diplomatic Affairs, the Iranian ambassador to the Sultanate and some officials from both sides.