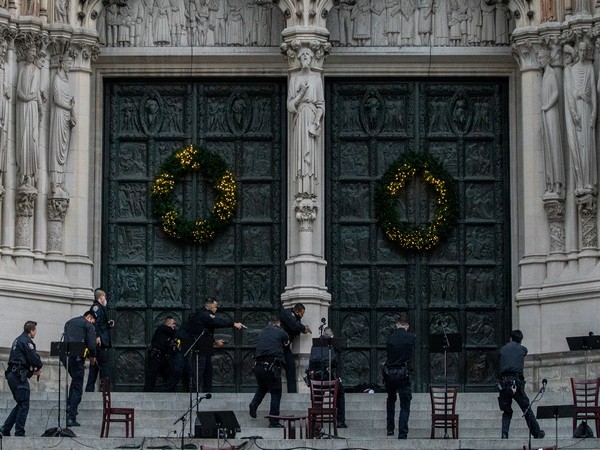 New York: A shooter, who had opened fire at a Christmas show in front of St. John the Divine Cathedral in Harlem, has died after being shot in the head by the cops.

According to a report by New York Post, the terrified crowd raced for cover -- with security guards quickly ushering some attendees into the church and closing its large doors behind them, while others cowered behind cars -- as the screaming gunman, 52, fired into the air from the top step of the famous church at West 112st Street and Amsterdam Avenue. "He started shouting, 'Kill me! Kill me!' and shooting at the big metal door in the center [of the church]," a witness told The Post of the 3:45 pm mayhem.

Sputnik quoted a New York Police Department (NYPD) spokesperson as saying, "He (the shooter) is deceased".

The shooter, who was injured by police in New York City after he opened fire near the Cathedral of St. John the Divine, has succumbed to his injuries at a local hospital, police said.

Asked about any injured among law enforcement, the spokesperson told Sputnik that "Several officers were delivered to the hospitals for evaluation."