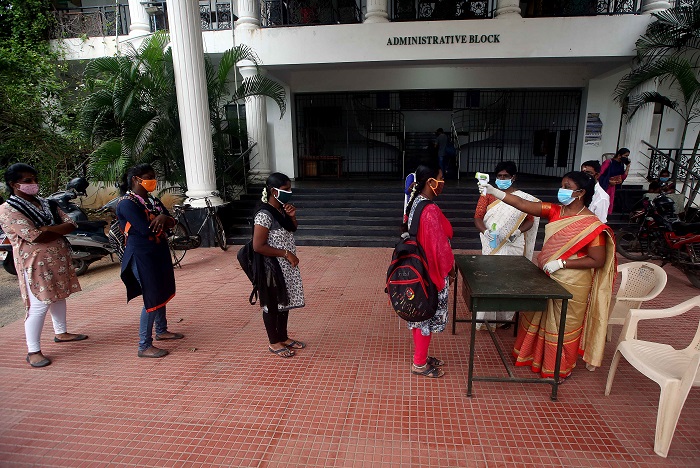 New Delhi: The total active caseload of COVID-19 in the country dropped to 428,644 on Wednesday.

The daily new cases added to the country's COVID numbers have been around 30,000 since the past three days. The number of daily new cases in the last 24 hours is 36,604.

43,062 cases recovered and discharged in the last 24 hours. The number of daily recovered cases has surpassed the daily new cases since the past five days.

The difference in new recoveries outnumbering new cases has also improved the recovery rate to 94.03 per cent today.

According to the statement, the total recovered cases stand at 8,932,647. The gap between recovered cases and active cases, that is steadily increasing,  presently stands at 8,504,003.

78.35 per cent of the new recovered cases are observed to be concentrated in 10 states and UTs.

Maharashtra has reported the maximum number of single day recoveries with 6,290 newly recovered cases. 6,151 people recovered in Kerala followed by 5,036 in Delhi.

Kerala reported the highest daily new cases at 5,375. It is followed by Maharashtra with 4,930 new cases.

501 case fatalities have been reported in the past 24 hours.

Ten states and UTs account for 79.84 per cent of new deaths. Maharashtra saw the maximum casualties (95). Delhi and West Bengal follow with 86 and 52 daily deaths, respectively.