#OmanPride: Omani fishermen net a fortune in a catch 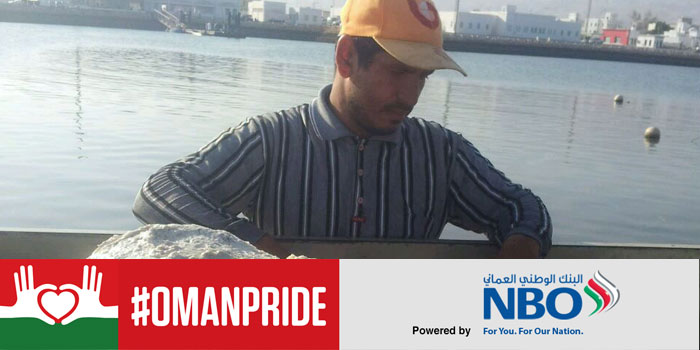 Muscat: Fisherman Khalid Al Sinani has spent his entire adult life on the seas around Oman, hoping every new day would be the day he lands his dream catch.
Last week, his boat finally came in. Khalid’s life is about to take a dramatic turn for the better after he found ambergris, a rare and sought after wax-like substance, during a routine fishing trip in Qurayat.
**media[531478]**
Ambergris is a very costly wax that originates as a secretion in the intestines of the sperm whale. It can be found floating in tropical seas and is used in manufacture of perfume.
One kilo can sell for OMR13,000. Khalid hauled in 80kgs.
After 20 years of hand-to-mouth life as a fisherman, Al Sinani’s childhood dream of winning the sea lottery had come true on the morning of October 30 when he, along with two of his friends, saw a mass of ambergris floating on the sea, releasing a nasty smell.
“We used a rope to collect it and carry it inside the boat,” Al Sinani said.
“I was told earlier that ambergris has an icky smell, but after a couple of days it imparts a pleasant scent,” he explained. “We rushed back to the beach with joy and happiness.”
After keeping his valuable harvest in a box, he called some experts to identify the material.
“After we made sure it was ambergris, we started cutting it in order to dry and sell it later,” Al Sinani stated.
Interested buyers contacted the fisherman and some businessmen from the United Arab Emirates have offered him OMR7,500 for a kilogram, while another Saudi trader said he was ready to purchase each kilogram for OMR13,500.
Al Sinani has collected about 80 kilograms of ambergris.
It is expected that more buyers will flock to Al Sinani’s house in the coming days and auction the price.
As a result, the ordinary fisherman will get more than enough to feed his four children.
“I’ll wait to see how this sale will go and later I’ll think of changing my career and enter the real-estate sector to live a better life,” he said.
The three sailors are expected to share more than OMR1 million, if he gets the best price.
Sperm whales eject intestinal slurry called ambergris into the ocean, where the substance hardens as it bobs along. Eventually, it gets collected along shores.
The value of ambergris lies in its role in the fragrance industry. High-end perfumes from houses, such as Chanel and Lanvin, take advantage of the ability of ambergris to fix scent to human skin.
The smell of ambergris itself varies from piece to piece, ranging from earthy to musky to sweet. If a perfume house's "nose"—the person responsible for choosing scents—likes the aroma, the ambergris can be worth thousands an ounce, according to experts.