America’s race to the ballot’s bottom 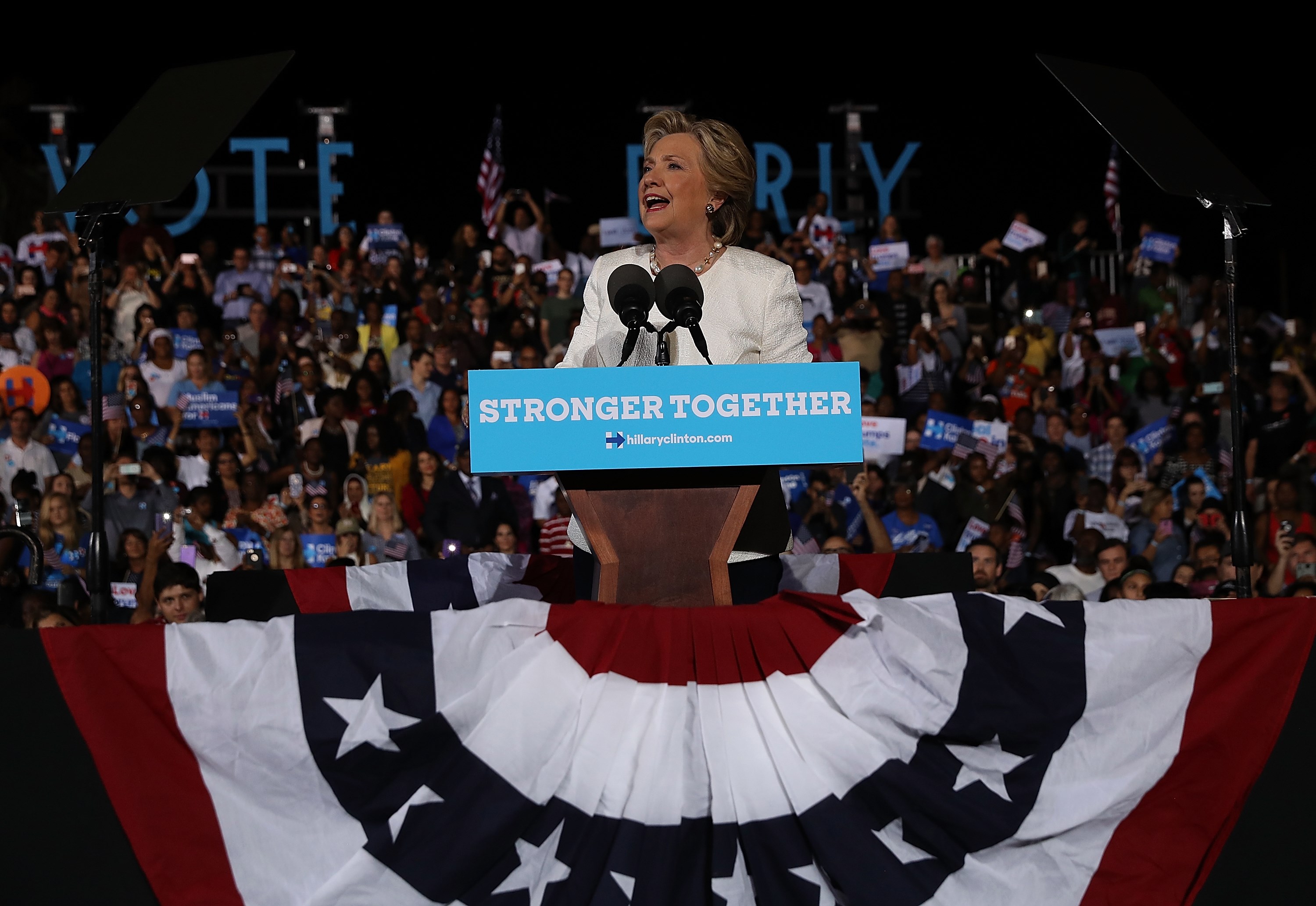 Hillary Clinton’s US presidential campaign has been torn between trying to secure the largest possible victory for the candidate herself and explicitly helping fellow Democratic gubernatorial and legislative candidates further down the ballot. It’s an open question whether Clinton could do more for down-ballot candidates by winning decisively – so that the enthusiasm trickles down – or by expending time and money to help those candidates individually.
The Clinton camp has decided to pursue both strategies. With just a week left before the election, the presidential candidates are crisscrossing the country: whereas Republican nominee Donald Trump is struggling to cobble together the 270 Electoral College votes needed to win, Clinton is trying to lock up as large a victory – in both the popular vote and the Electoral College – as possible.
Just a week ago, Clinton seemed to be heading toward an overwhelming victory. But on October 28, FBI Director James Comey sent a letter to Congress announcing that he was reopening the investigation into Clinton’s use of a private email server when she was Secretary of State. The reason? Thousands of emails had been discovered on the laptop of the estranged husband of Clinton’s closest assistant, Huma Abedin, during a separate inquiry into his own activities. (No, this isn’t a movie plot.)
Comey’s announcement triggered an uproar, but it hasn’t so far had a notable impact on the race. The Clinton campaign has not given up even on winning states that have long been considered Republican strongholds, such as Arizona, Georgia, and Utah. And Trump, despite feeling invigorated by the discovery, has continued to pursue states, such as New Mexico, that would do him little good in the Electoral College count. But Trump, new to politics, fancies himself a great political strategist.
Trump has few political allies to help him out, while Clinton’s many surrogates include her husband, former president Bill Clinton; President Barack Obama and First Lady Michelle Obama, the breakout star of this election; and Vice President Joe Biden and Clinton’s vice-presidential running mate, Tim Kaine. Two stars of the left, Elizabeth Warren and Bernie Sanders, have also campaigned for Clinton; if she wins, they will call in the debt both in policy terms and on appointees.
Meanwhile, Clinton has appeared with Democratic Senate candidates who are challenging incumbent Republicans, including Katie McGinty, who is running to oust Senator Pat Toomey in Pennsylvania; Governor Maggie Hassan, who hopes to topple Senator Kelly Ayotte in New Hampshire; and Deborah Ross, who is mounting a strong challenge to Senator Richard Burr in North Carolina.
The Clinton campaign has poured money into several Senate, House of Representatives, gubernatorial, and even state-legislature races, and Clinton field workers and volunteers have been encouraged to help down-ballot candidates in contentious races. Obama, for his part, recently recorded a series of video endorsements for Democrats running for the Senate, the House, and state legislatures. Numerous pundits say that the FBI announcement will help Republicans down-ballot, but that’s pure speculation.
If Clinton wins the White House and many Republican incumbents are swept out of office, the US will have had a “wave” election. But we likely won’t know if this is happening until the last minute. In the 1980 wave election, when Ronald Reagan and the Republican ticket overwhelmed president Jimmy Carter and toppled several liberal Democrats in the Senate, the presidential race was nearly tied until the final weekend.
Even if the Democrats retake the Senate in a wave, the honeymoon won’t last long. In two years, another third of the Senate will be up for reelection, and far more Democrats than Republicans will have to defend their seats – a reversal of the situation this year.
Of course, the Clinton campaign isn’t just being charitable by helping down-ballot candidates. Her administration will be far better off with more Democrats in Congress. The Democrats are still widely expected to retake the Senate, though not the House, where they would need to flip an unlikely 30 Republican seats. (Most House seats are gerrymandered, with district boundaries manipulated to benefit the incumbent party.) But even if the Democrats do regain a majority in the 100-member Senate, Republicans will still be able to hold the threat of a filibuster – which requires 60 votes to break – over Clinton’s legislative proposals and nominations to the executive branch and Supreme Court.
There’s another important reason for the Clinton campaign and its high-profile surrogates to help down-ballot Democrats. Both parties want to strengthen their hold on as many state-level offices as possible, because the party that controls a state’s governorship and at least one of its legislative chamber gets to oversee how congressional districts are drawn (which happens every ten years). How districts are drawn affects the partisan makeup of the House, and therefore the fate of federal legislation. (Only the Senate votes on presidential nominations.)
The states are also where the parties can build their bench of potential future federal officeholders. The Republicans figured out the importance of state-level politics long before the Democrats, and they have built a much stronger foundation in the states than the Democrats have. For example, even though Obama carried Ohio in the last two elections, its current congressional delegation is 75 per cent Republican.
The US election is now a volatile affair. No one knows what might pop up next to shake up the race, but it is sensible to assume that something will. At the very least, the WikiLeaks disclosures will presumably continue, though, despite being somewhat embarrassing to the Clintons, they haven’t revealed corruption by the Clinton Foundation or improprieties in how Hillary Clinton conducted policy as Secretary of State.
By the time Comey sent his letter, several million Americans had already cast their ballots. We cannot know how the various disclosures will affect turnout between now and Election Day. What we do know is that, ultimately, nothing that has or might happen makes Trump better suited for the presidency than Clinton. - Project Syndicate