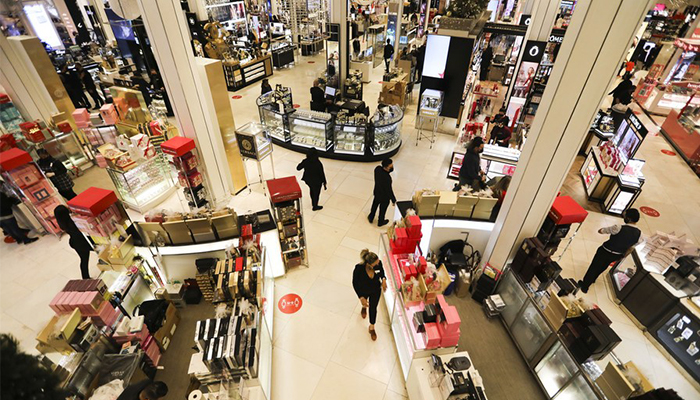 NEW YORK: Christina, a 74-year-old woman, only spent about five minutes buying a toaster oven at Macy's flagship store in New York City on Black Friday morning.
"It was quick, it was a short line. It is not very busy now," the shopper, who did not give her surname, told Xinhua on Friday morning.

There were a few dozen in-store shoppers at Macy's flagship store, Saks Fifth Avenue and other retailers' stores in New York City on Black Friday, a sharp contrast to the crowded scenes in the same time any other year.

Black Friday, one of the most anticipated days by consumers, shifted its consumption patterns due to the COVID-19 pandemic this year. More shoppers have opted for online sales, and in-store shoppers tend to buy things much faster than before.

"This year is scary. You want to get out of the store quicker to protect yourself even though we have masks. We have to prevent socialising and gathering with large crowds. We have to keep a distance," the 74-year old shopper said.

In the meantime, US consumers' online spending made a new record high of 5.1 billion US dollars on Thanksgiving Day with a year-on-year growth of 21.5 per cent, according to the data issued by Adobe Analytics.

As of Thursday afternoon, coronavirus deaths have added up to 24,241 and confirmed cases to 302,522 in New York City, according to The City, a project that tracks the spread of confirmed COVID-19 infections and fatalities in New York City, based on information provided by the New York City Department of Health and Mental Hygiene, the governor's office, The COVID Tracking Project and the Center for Systems Science and Engineering at Johns Hopkins University.