Diego Maradona- One of the best football players in history. 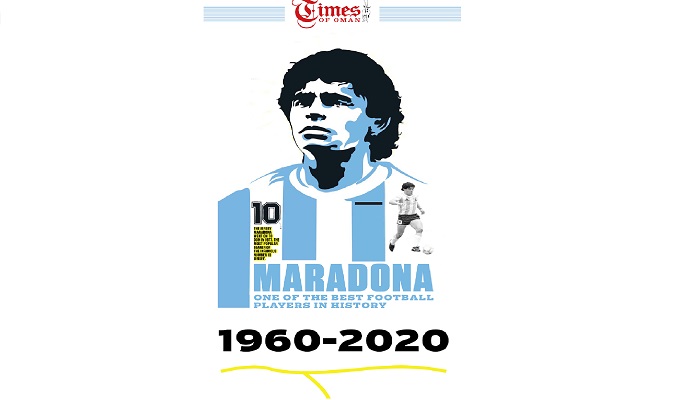 A timeline of Diego Maradona's career:

1971: Argentina goes on to win the Football tournament at the Pan American Games.

1974: Heads over to Argentinos Juniors to play at the pre-professional stage.

1976: Played his first professional match for Argentinos Juniors, 10 days before his 16th birthday.

1979: Participated instead in the 1979 FIFA World Youth Championship in Japan, judged 'Star of the Tournament'.

1980: Maradona scored a super hat-trick against Boca Juniors for the Argentinos Juniors. He would go on to join Boca Juniors.

1982: Played his first World Cup tournament, scored twice against Hungary. His famous temper resulted in him being sent off for a retaliatory foul against Brazil.

1983: Became the captain of the Argentine national team.

1987: Napoli won their first ever Serie A Italian Championship led by Maradona.

1989: With Maradona at the helm, Napoli was ranked the second best team in the Coppa Italia League.

1990: Maradona played in the World Cup final but his team lost to West Germany, 1-0.

1992: Maradona faced a suspension sentence of 15 months due to cocaine abuse. Leaves Napoli in disgrace. Returns to join Sevilla.

1993: He played with Newell's Old Boys against Independiente, the team that he had played his first match against.

1994: Maradona played only two matches in the World Cup, scoring once against Greece before being sent home for failing a dope test.

1996: Sought to reinvent himself as a trainer, without much success.