Meet the Indian woman who has trained more than 15,000 commandos free of cost 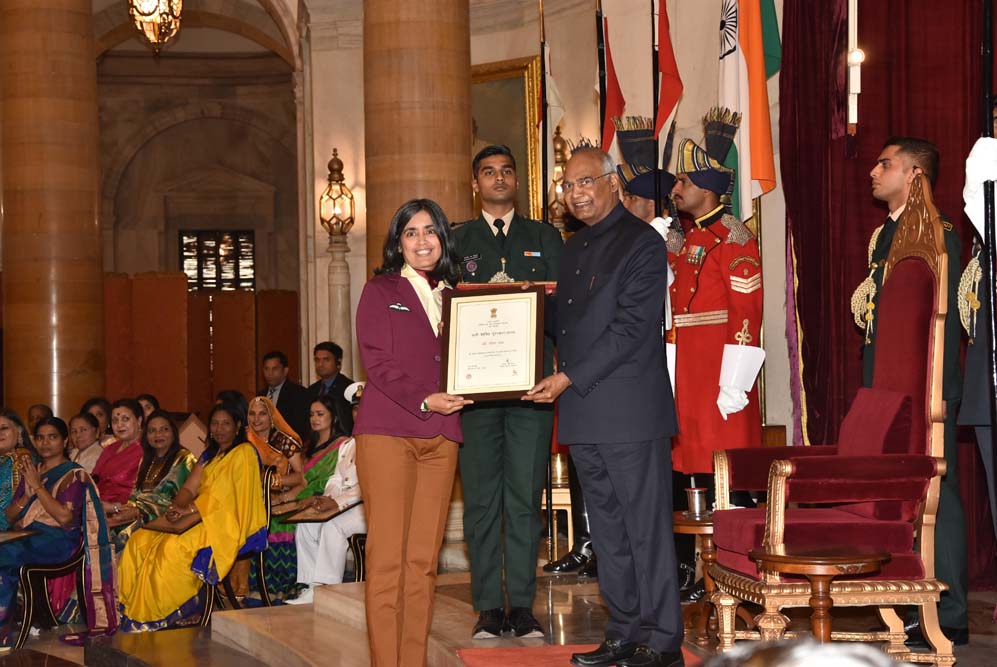 Muscat: An Indian woman who has trained more than 15,000 elite-level military commandoes for free has been conferred the country’s highest civilian honour for women.

“On International Women's Day, we salute our indomitable Nari Shakti,” said Prime Minister Narendra Modi. “We are proud to have taken numerous decisions that have furthered women empowerment. Every Indian is proud of the stupendous accomplishments of women in various spheres.”

A statement from the Indian Ministry of Women and Child Development read, “Dr Seema Rao, an expert on close-quarter combat, is the only woman commando trainer in India. She has broken several past boundaries and stereotypes and has emerged as a true inspiration to women across all spectrums. Dr Rao has been giving commando training to about 15,000 soldiers of the various armed forces in India now, without taking any monetary compensation in return.”

Rao is also a combat shooting instructor, firefighter, a medallist in rock climbing and a Mrs India World pageant finalist. Having spent her youth with soldiers across high altitudes, scorching desert jungles, freezing snow, the Line of Control and the Kashmir Valley, Rao and her husband invented an ingenious method of reflex shooting, which is known as the Rao System of Reflex Fire, and has greatly benefited the Indian Army. The reflex shooting method is unique and the unarmed methods can quickly handicap or cripple enemies with the least effort.

“She has concluded various training programmes in unarmed and armed combat and shooting for the police, armed police, state police, paramilitary, armed forces, Special Forces, as well as the esteemed National Security Guard’s Black Cat Commandos,” added the Ministry of Women and Child Development. “She has also designed a programme specially tailored for women to help them deal with harassment, molestation, sexual assault and rape called DARE (Defence Against Rape and Eve teasing). The programme equips women, both mentally and physically, to face adverse situations posed by potential eve-teasers, molesters and other sexual assaults.”

Dr Rao has been bestowed with several national and international awards.

An official statement from the Maharashtra Information Centre of the Government of India added, “President Kovind presented the Nari Shakti Award to Dr Seema Rao. Dr Seema Rao has been awarded the Nari Shakti Award. She is the first and only woman commando trainer in India. She has trained over 15,000 soldiers from the Indian Army, Navy, Air, paramilitary, police, NSG, ITBP, SVP, NPA Commando Wing, SFF and Para Special Forces free of cost.”