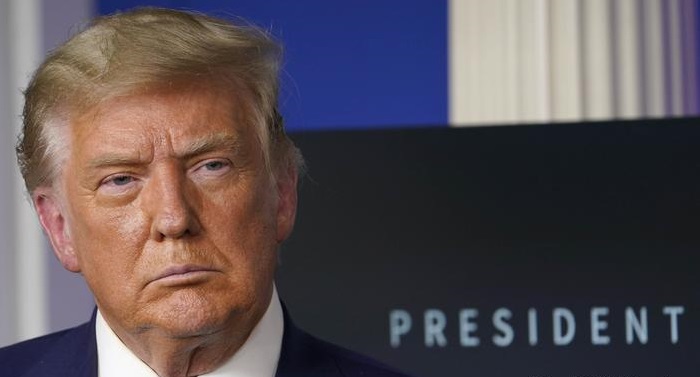 Matthew Brann, a Republican federal judge, has dismissed a lawsuit by US President Donald Trump's campaign in the state of Pennsylvania, saying the case amounted to "strained legal arguments without merit, and speculative accusations."

"In the United States of America, this cannot justify the disenfranchisement of a single voter, let alone all the voters of its sixth most populated state," the judge wrote Saturday.

It was the latest blow to Trump's barrage of legal challenges to overturn his defeat in the November 3 presidential election to Democrat Joe Biden.

Trump needs to eliminate Biden's 81,000-vote lead in Pennsylvania. The state is due to begin certifying its results on Monday.


The Trump campaign has launched a cascade of lawsuits in several states, alleging widespread electoral fraud without providing any evidence. It has also mounted a pressure campaign to prevent states from certifying their results.

So far, President Trump's efforts to thwart election certification have failed in Georgia, Michigan and Arizona.

In Pennsylvania, Trump's lawyers vowed a quick appeal, but lawyers who opposed him in court say he is out of time.

"This should put the nail in the coffin on any further attempts by President Trump to use the federal courts to rewrite the outcome of the 2020 election," said Kristen Clarke, president of the Lawyers' Committee for Civil Rights Under Law.


Trump is yet to concede the election, which Biden is projected to win by 306-232 in the state-by-state Electoral College system and more than 6 million popular votes.

On Saturday, Trump's campaign requested a recount of votes in Georgia, a day after state officials certified results showing Biden beat Trump by 12,670 votes out of about 5 million cast, or 0.25%.

"Today, the Trump campaign filed a petition for a recount in Georgia. We are focused on ensuring that every aspect of Georgia State Law and the US Constitution are followed so that every legal vote is counted," according to a Trump legal team statement.

"President Trump and his campaign continue to insist on an honest recount in Georgia, which has to include signature matching and other vital safeguards," it added.

Georgia's Republican Secretary of State, Brad Raffensperger, has reiterated confidence in the results. In a Saturday opinion piece in The Washington Post, he said: "Georgia's voting system has never been more secure or trustworthy."

The recount will be done using scanners that read and tabulate the votes. County election workers have already done a complete hand recount of all the votes.

'Most secure in American history'


In order to stay in office, Trump would need to overturn election results in at least three large states, which analysts say is highly unlikely.

In Wisconsin, election officials criticized Trump volunteers for slowing a partial recount, which is not expected to overturn Biden's victory.

With recounts and lawsuits coming up short, Trump is now pressuring Republican-led state legislatures to throw out the vote totals and declare him the winner.

"Hopefully the Courts and/or Legislatures will have ... the COURAGE to do what has to be done to maintain the integrity of our Elections and the United States of America itself," he wrote on Twitter after the Pennsylvania ruling.

Election officials across the country say there is no evidence of significant voting fraud, and Trump's own administration has called the election the "most secure in American history."