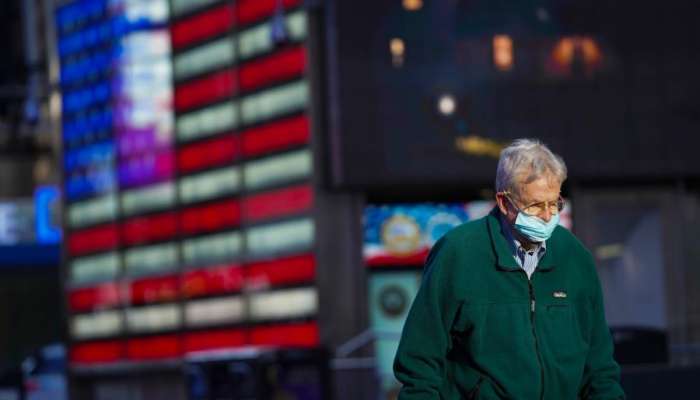 Washington: The United States on Friday made a new record after reporting over 194,000 new COVID-19 cases, and the hospitalisation of over 82,000 people, reported New York Times.

Over the past week, there has been an average of 166,272 cases per day, an increase of 73 percent from the average two weeks earlier, NYT further reported. California is the latest to issue an overnight curfew, according to the New York Times.

Governor Gavin Newsom of California, a Democrat, issued the order for most of the state's counties on Thursday, requiring that, beginning Saturday, people do not leave their homes between 10 p.m. and 5 a.m. except for essential reasons.

However, Governor Mike DeWine of Ohio, a Republican, issued a similar curfew that went into effect on Thursday.

According to New York Times, none of the states where the virus is spreading at the fastest rates, South Dakota, North Dakota, Wyoming, Iowa, and Nebraska have issued curfews, even as governors of some of those states have begun to require face masks indoors for the first time.

"The state's curfew was targeted to stop the most harmful behaviors."NYT quoted Dr. Mark Ghaly, the secretary of California Health and Human Services as saying.

"We've seen in the past that Covid goes from zero to 60 miles per hour very quickly," he said at a news conference on Thursday. "We know that those who are out, who might be engaging in higher-risk behaviors, that those infections can quickly spread to other settings," he added.

The total number of confirmed coronavirus cases in the US has reached 11,908,396, John Hopkins University and Medicine reported on Saturday.