Sohar Port and Freezone attracts OMR10.4 billion worth of investment 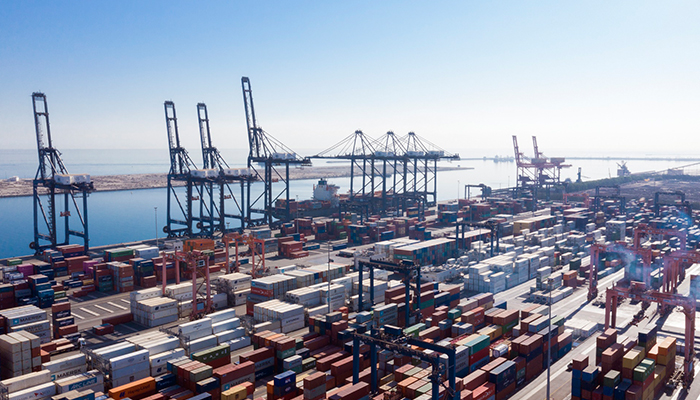 This was a positive reflection of the company’s contribution towards achieving the Sultanate’s development goals and economic diversification efforts within the industrial and logistics sectors. These sectors are considered vital for the growth of the national economy, in addition to its pioneering role in generating more local job opportunities.

Sohar Port and Freezone's key advantage is its strategic location at the heart of global trade, acting as a gateway to the main shipping routes between East and West. It facilitates quick and easy transportation of goods to serve the demands of fast-growing markets, with a consumer reach of over 2.2 billion across Africa, Asia and the Middle East. Sohar Port is one of the few global ports equipped with natural deep-water jetties of approximately 25 m in depth, capable of handling the world`s largest cargo ships of up to 362 m in length and over 400,000 tonnes.

The existing road network links the Port and Freezone to neighbouring countries, including the United Arab Emirates, and will soon provide direct connectivity to the Kingdom of Saudi Arabia, one of the largest markets in the GCC.  The port receives over 3,000 vessels annually and handles an estimated 1.5 million tonnes of cargo each week, with the capacity to handle more than 2 million TEUs per year.

Sohar Port is the main gateway for import and export in the Sultanate, with over 60 per cent of the Sultanate’s imports entering through the port. This is in addition to over 40 per cent and 80 per cent of exported and re-exported goods, respectively. The Port and Freezone play a vital role in connecting Oman to markets around the world, thus contributing to a stable supply of commodities to the local market, while providing local businesses with global outreach.

Apart from its prime location, the port comprises a large area of 21 million square metres, in addition to 45 million square metres of development at the freezone, and offers the availability of renewable energy and cool water sources at competitive prices. This is further enhanced by major investments aimed at creating and capitalising on alternative and renewable energy sources, such as solar energy, which is currently being developed in cooperation with Shell’s Sohar Solar Qabas. This joint project will see the development of a solar energy farm within a 6 million square metre area within the freezone, with energy capacities ranging between 10 MW and 40 MW. The first pioneering plant, with a capacity of 25 MW, recently began operation and will be focused on providing a dedicated supply to one of the freezone tenants, Al Tamman Indsil Ferrochrome.

The port management is also looking into alternative energy sources, such as green hydrogen, as part of its strategy to diversify its energy sources and reduce carbon emissions. This, in turn, will enhance the sustainability of activities within the port and freezone, enhancing the complex’s attractiveness to bring in further foreign investment. Green hydrogen is a key component in global efforts towards renewable energy transition and is one of the alternative fuels that holds immense potential for future energy applications. If the electric current used to split water is produced by renewable sources, such as solar or wind, the resulting hydrogen will be considered renewable as well, making it free of carbon dioxide. As an energy carrier, hydrogen can be stored in large quantities and transported over long distances, making it a raw material for several industrial applications.

Earlier this year, Sohar joined SEA-LNG, the first Middle Eastern port to gain membership. Through it, Sohar promotes its investment in LNG bunkering facilities and the use of liquefied natural gas (LNG) as a marine fuel. The project will be handled by MARSA LNG, a venture comprised of TOTAL S.A. and OQ, which is developing a state-of-the-art LNG liquefaction plant and bunkering facility at Sohar Port. SEA-LNG is the leading multi-sector industry coalition, created to accelerate the widespread adoption of LNG.

Integrated industrial and logistics hub
Both the port and the freezone are managed under a singular entity, making Sohar the only complex of its kind in the region and enhancing its competitiveness in attracting foreign investments and companies in the industrial sector. Vale Oman, a Brazilian multinational corporation engaged in metals and mining, is a tenant of the port and imports ore from Brazil to convert into pellets at its iron ore pelletising complex. The pellets are there transported to Jindal Shadeed and Sohar Steel, to be manufactured as steel reinforcement bars for construction. The surplus is exported to international markets through Sohar Port. With the presence of this integrated supply chain, Sohar offers various downstream opportunities that are of immense added value. With the Liwa Plastics Industries Complex set to be operational soon, there will be even more downstream opportunities and industries will be able to utilise polypropylene and other raw materials produced by the plastics complex as feedstock for their manufacturing processes.

Industrial clusters structure
Sohar Port and Freezone is structured in innovative clusters, with companies and factories distributed amongst clusters and near each other to facilitate accessibility and flexibility of operations. For instance, the metals cluster comprises of industry giants, such as Vale, Jindal Shadeed, Sohar Aluminum, Sohar Steel, Al Tamman Indsil Ferrochrome and several others, while the petrochemical cluster houses OQ, which operates the Sohar Refinery, Oman Gas Company, Oman Methanol Company and more. Within the logistics cluster, warehousing companies such as Al Hosn Logistics & Warehousing Services, Matrix Prime, JLine Logistics, and others are accommodated. The food cluster covers an area of 400,000 sqm and has its own dedicated agro bulk terminal, unique to the region, to handle bulk food commodities. It hosts companies such as Oman Flour Mills Company and Sohar Flour Mills Company, alongside other facilities such as a world-class sugar refinery and an upcoming grain silo complex.

Potential expansions and new developments
Sohar Port and Freezone aims to position itself as an integrated logistics hub that offers the latest global technologies while maintaining the highest standards of sustainability for all its activities. This makes it aligned with Oman’s Vision 2040 and the Oman Logistics Strategy 2040 (SOLS 2040), which is supervised and implemented by ASYAD Group, Oman’s integrated logistics provider.

Sohar Port is spread across an area of 21 million square metres, which has been fully leased. The Sohar Port South expansion is currently underway, with the land reclamation project aimed at providing additional leasing space for major companies. Phase 1 of the expansion was completed by the end of last year and 500,000 sqm was leased out. Work is in progress on Phase 2, which will see the addition of 2 million extra square metres. This expansion has been allocated for the operations of companies that include Total, Mannesmann, Trescorp and OQ.

At Sohar Freezone, the first phase has been developed, with over 63 per cent of the 5 million square metres leased out and home to warehouses, office spaces, industrial and logistics service providers, as well as cold-storage solutions to serve food exporters and importers. There are currently 44 industrial projects at the freezone, encompassing various sectors. With Phase 2 of the expansion recently launched by the Freezone management, the area will see an additional 5 million square metres of land ready for lease. For the upcoming years, the primary focus will be on onboarding companies within the plastic and food industries, as well as those involved in mining, iron and steel, vehicle spare parts and renewable energy projects and activities.

Attracting these projects to the freezone is of vital importance for the local business community. This is because their presence will offer several opportunities for various companies, including those related to the financing, construction and operation sectors, as well as many others conducting their activities within the Sultanate. This, in turn, will enhance the local environment and create added value for the economy.

Through the implementation of the Secured Bonded Corridors facilities, clients in the Freezone can clear customs and transport containers to the Port (and vice versa) within a short timeframe (approximately 32 minutes). This enhances the operational efficiency of logistics companies in the Freezone, especially those that transport perishable goods.
The Public Authority for Special Economic Zones and Free Zones, established earlier this year, has tirelessly worked towards the centralisation of the One-Stop-Shop, in line with ongoing national efforts. The implementation of a unified system, within the special economic zones and free zones, will reinforce integration efforts aimed at generating higher rates of growth and development in the future.

Advanced digital infrastructure
To prepare itself for rapid changes in the business world, Sohar Port and Freezone has invested heavily in developing its digital infrastructure over the last years. Sohar launched its digital platform ‘Sohar Navigate’ to keep pace with the latest global and technological developments, offering added value to marine companies. The online route planner allows users to choose the most efficient routes for transport, provides transit time and enables tracking throughout the voyage.

Sohar has also worked towards streamlining its services by undergoing a digital transformation. Investors, suppliers and service providers can now submit requests, obtain permits, and register online through the Tasheel platform. This is in addition to land lease requests and company registration facilities through a digital platform, optimising time and cost and further enhancing the competitiveness of Sohar. This development proved especially successful during the COVID-19 crisis, during which Sohar Port was able to maintain business continuity and meet market demands.

Contribution to the national economy
Sohar Port and Freezone has contributed to supporting the national economy through various means. Since its establishment, the Port and Freezone have been able to provide over 24,000 direct and indirect job opportunities. The contribution of Sohar to the national GDP was estimated to be over 2.8 per cent and valued at OMR 773 million in 2017, as per the latest statistics from NCSI (National Centre for Statistical Information).
Sohar Port and Freezone has established itself as a key national project, successfully attracting foreign investments and industries, while simultaneously contributing towards the economic development of the Sultanate.

Over the years, it has seen several prominent global companies set up at its complex, including Vale, Jindal Shadeed, Sohar Aluminium, RFX Industrial Parks, Shell Oman, Sanvira, Al Tamman Indsil and Matrix Prime. This is in addition to the upcoming antimony roasting plant, which will be a first-of-its-kind facility established outside of China, a state-of-the-art yarn manufacturing plant from ‘SV Pittie’, and several other projects in the pipeline.