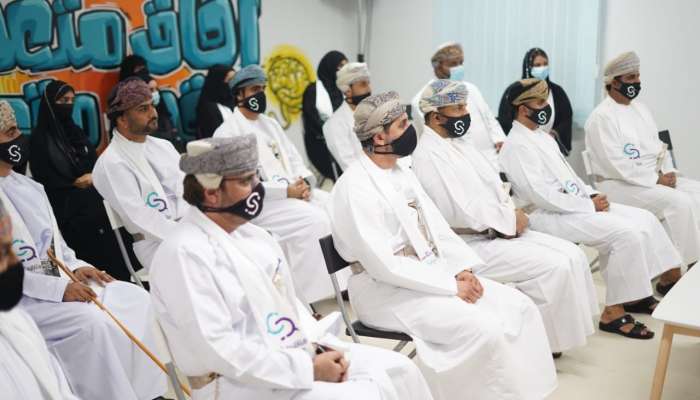 The opening of the centre came to achieve a set of objectives, including spreading the debate culture at the level of the Sultanate, raising the level of intellectual youth and developing their methods of dialogue, reaching various institutions that deal with youth in order to consolidate the culture of debate, qualifying and training Omani youth in the field of debate, whether they are debaters or referees, coaches or supervisors, organising competitions and debating tournaments, producing educational materials in the field of debates, targeting Omani youth in educational institutions outside the Sultanate, transferring foreign, international, experiences to the interior to raise the competence of local cadres in debates, enhancing Omani youth participation in international tournaments and raising the levels of the teams participating in these tournaments.

The Oman Debate Centre consists of a special section for offices for the completion of youth work, a hall for meetings and a special hall for training, and the hall is a suitable and prepared place with all requirements for holding training sessions and workshops, and the centre also contains a session for youth dialogues and discussions.

The centre seeks to provide training courses to help young people develop the skills of dialogue, reasoning and conclusion, educate the debate about public issues and encourage knowledge.

The centre will present tournaments and competitions for debates in various age groups. The centre also seeks to provide special courses for trainers and arbitrators in the field of debates to qualify them to participate in debating tournaments at an international level, and the centre will provide services to youth teams, entrepreneurs and entrepreneurs to implement their work.

During the past years, the Oman Debate Centre was able to extend the hands of partnership with many specialised bodies, such as the Qatar Debate Centre, the former National Youth Committee, the Ministry of Higher Education, the Ministry of Education, and was also able to extend the hand of partnership with many private, civil institutions and debate clubs outside the borders of the Sultanate. It also worked to participate in many youth events, forums and gatherings and spread the debate culture through them.

The Oman Debate Centre was established on June 31, 2016, to achieve its desired goals through a pioneering vision in the field of debate in the Sultanate of Oman, which carries its lofty message in order to produce a generation capable of dialogue in a systematic manner, taking away to address societal issues.

The Oman Debate Centre provided more than 50 workshops and 50 training courses in the field of debate and carried out 16 championships. The debate team also participated in six international participations, and the centre won the 2020 Youth Proficiency Award and the World Debate Pioneer Award 2018 in Qatar.

The Oman Debate Centre signed a cooperation agreement with Sandan Development City to provide an independent headquarters for debate art and a centre for youth activities and issues, in support of the youth sector and the culture of dialogue.

Sandan Development City believes in the importance of embracing youth and their initiatives and providing appropriate spaces and creating conditions for Omani youth to set out for the future with determination, to be consistent with their vision of a complete city that brings together entrepreneurs.