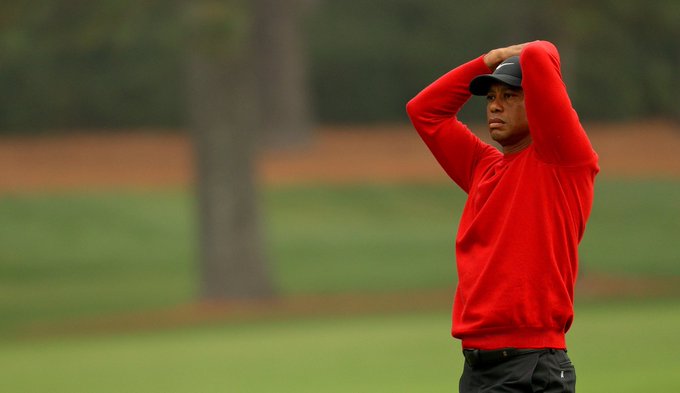 Georgia: Defending champion Tiger Woods hit a 10 at the famous par-three 12th hole at the 2020 Masters in Augusta on Sunday.

The 15-time major champion shot 72 in the third round and fell way behind. And on the final, Woods made a septuple-bogey - that for uninitiated is a seven-over for a hole - 10 on the par-3 12th hole. Woods hit his tee shot into the water on the 12th. After taking a drop, Woods' third shot found the green but spun back into Raes Creek.

He hit his fifth shot into a back bunker, but when he tried to blast his way out of the sand shot, he sent the ball over the green and back into the water.

Another drop and then he hit into the fringe, missed the putt and then finally holed it with his 10th stroke.

Meanwhile, Dustin Johnson (68) left all behind in a manner Woods once used to do. Johnson won by a five-shot margin with a record total of 20-under - the previous record was held by Woods and Jordan Spieth.

The only time he finished worse at Augusta was when he missed the cut as an amateur in 1996.

With his own event, the World Challenge put off till 2021, the Masters will probably be Woods' last start in 2020.