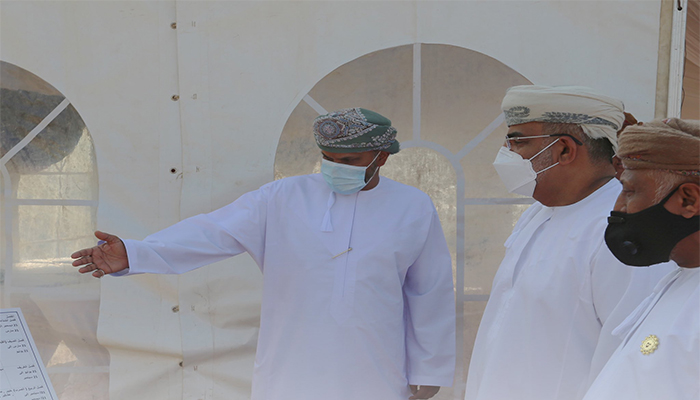 A statement issued online by Oman Electricity Transmission Company said, "As a continuation of the national initiative to plant 10 million wild trees in the governorates of the Sultanate, Oman Electricity Transmission Company on Monday launched a project to combat desertification in Dhofar Governorate, which started with an initiative that won first place in the 'Weyakum competition' in 2017 through Alebdaa team."

"The idea of the project is summarised in the manufacture of an advanced device that runs on solar energy and helps reduce the phenomenon of desertification by drawing in atmospheric air and converting it into freshwater that irrigates crops and trees in natural reserves. A total of 12 devices were manufactured at this stage, and 300 trees will be planted for this project."

"The ceremony was sponsored by Engineer Omar bin Khalfan Al Wahaibi, CEO of Nama Group, and in the presence of the CEO of the Oman Electricity Transmission Company, Eng. Masoud bin Salam Al Riyami and a representative from the Environment Authority. The inauguration ceremony was held at the Maswarah Hakoum site, which is located near Al Saada City. "