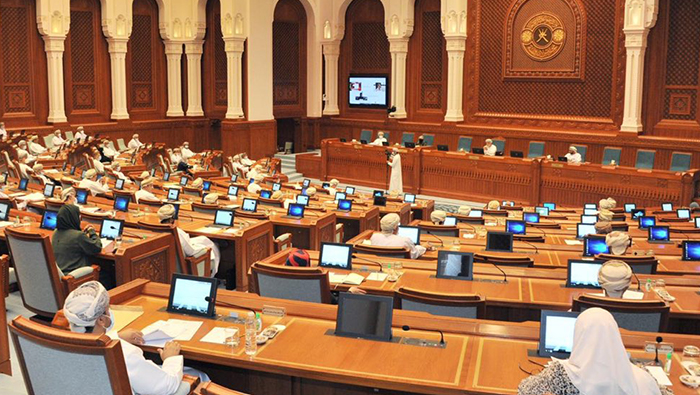 Muscat: On the orders of His Majesty Sultan Haitham Bin Tarik, the State Council opened the Second Annual Sitting of the Seventh Term on Sunday.

During the opening, the State Council approved the minutes of the 11th ordinary session of the first annual convening and reviewed the report of the Council’s Secretariat-General.

The session was headed by Sheikh Abdulmalik bin Abdullah Al Khalili, Chairman of the State Council, who expressed the Council’s allegiance to His Majesty the Sultan and its appreciation for the Royal confidence in the council’s ability to shoulder the responsibilities entrusted to it.

Sheikh Abdulmalik vowed to maintain the council’s positive role in enhancing the development march and consolidating it in line with the Royal vision of the late His Majesty Sultan Qaboos bin Said bin Taimour.

The current term of the State Council, Al Khalili said, “Constitutes a new, historic turning point that equates in its importance the foundation term due to the fact that it is the first term in the reign of His Majesty Sultan Haitham Bin Tarik who charted out the State institutions’ method of functioning during his inaugural nation address on January 11.”

Al Khalili called for matching work plans of the Council’s sessions in line with the Royal vision stated in the nation address.

Al Khalili pointed out that the Council’s foremost mission during the current term will be to discuss ways for improving the economic situation and achieving fiscal balance.

He spoke about constructive steps that have been undertaken at the national level, since January till date with respect to ameliorating the Sultanate’s economic position, restructuring of the State’s Administrative Apparatus and government firms and developing investment potential to realise fiscal balance and upgrade economic performance.

Effort in this direction, he said, culminated into the Royal endorsement, last October, of the Sultanate’s mid-term Fiscal Balance Plan (2020-2024).

Al Khalili described the plan as “ambitious and deserves to be supported by concerted efforts towards the accomplishment of Oman Vision 2040, which clearly marks the path of a more prosperous future in the Sultanate.”

Al Khalili explained that the plan of action will coincide with the revamping of the schema of laws and legislations.

He added that, since the specialty of the State Council is to discuss draft laws and plans on development or annual budget, then tact is required in studying hard realities and comprehending challenges posed by temporal changes.
He called for exploring original sources of issues and finding appropriate solutions.