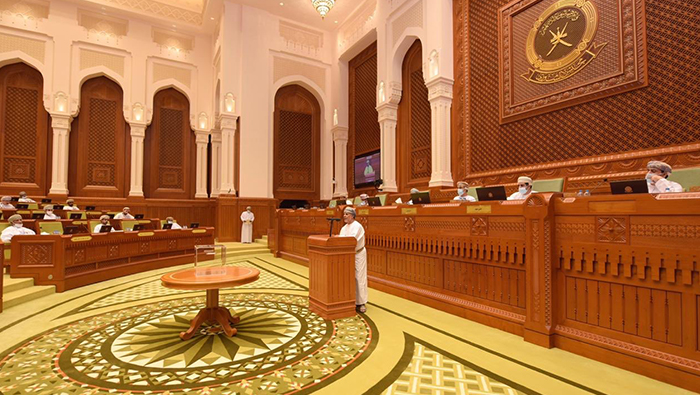 Muscat: In implementation of the royal orders of His Majesty Sultan Haitham Bin Tarik, Majlis Al Shura started works of the second annual sitting of the 9th period (2019-2023) under the chairmanship of Khalid bin Hilal Al Ma’awali, Chairman of Majlis Al Shura on Sunday.

After that, Yaqoub bin Mohammed Al-Harthy was elected as Deputy Chairman of Majlis Al Shura.

During the session, a number of ministerial responses were reviewed, including the response of the Minister of Agriculture, Fisheries and Water Resources regarding the use of saltwater and tertiary treated water in the production of fodder crops, in addition to the response of the Chairman of the Environment Authority about Orpic waste in Sohar Port.

The session was briefed on the draft General Budget of the State for the fiscal year 2021 and the 10th Five-Year Development Plan (2021-2025).

It should be noted that the standing committees of Majlis Al Shura have begun, according to their specialisations, to study both the draft General Budget of the State for the fiscal year 2021, and the draft of the 10th Five-Year Development Plan (2021-2025), in preparation for their discussion during the upcoming sessions of the Majlis.