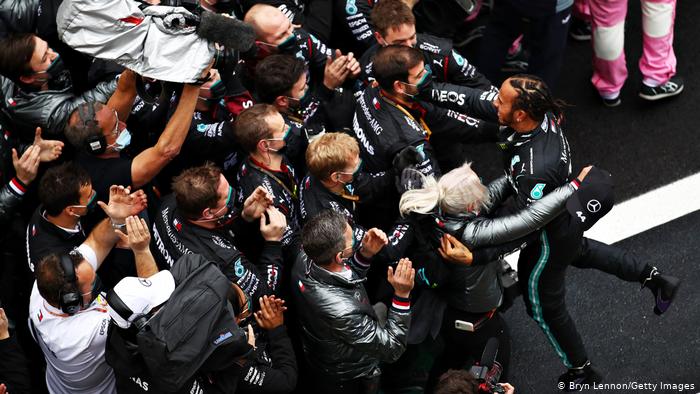 Istanbul: Michael Schumacher no longer stands alone as the most decorated driver in F1 hístory. Lewis Hamilton has joined the German as a seven-time world champion and he did it with a controlled drive that Schumacher would have been proud of.

In the rain, Hamilton struggled in qualifying and started in sixth on the grid. Pole-sitter Lance Stroll led the race for a long time and Hamilton found himself a pit stop and several places behind the leader, but the Mercedes driver found his pace when the track dried off and stayed on the intermediate tyre until the end. He even overruled his teammate's instructions to pit late on, but was vindicated when he crossed the line in first.

"That's for all the kids out there who dream the impossible, you can do it," said Hamilton, whose victory was the 94th of his career — also an F1 record.

Six of Hamilton's seven titles have been won with Mercedes, with the other — his first — coming with McLaren in 2008.

It was also a day to remember for German driver Sebastian Vettel, who secured his ffirst podium since Mexico 2019 with a storming last lap which saw him pip Charles Leclerc on the final corner.